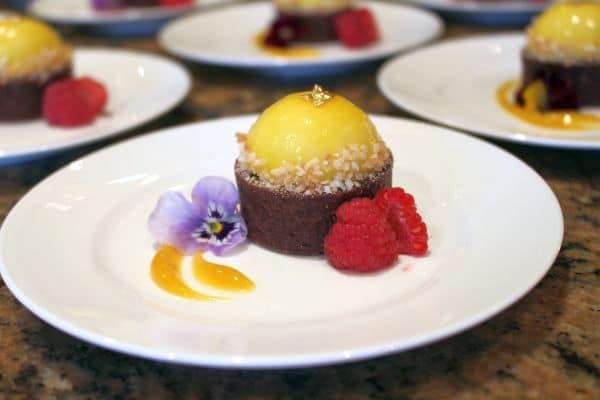 Recently, I was invited to attend a media preview of the Heart of Florida United Way’s 23rd annual Chef’s Gala.  The Chef’s Gala will be held Saturday, May 16, 2015, at the Epcot World Showplace in the Walt Disney World Resort.  This event raises money to support the Heart of Florida United Way, which is the largest provider of funds to the region’s most critical health and human service programs.

I arrived early to the JW Marriot Grande Lakes Orlando, where the preview was hosted. 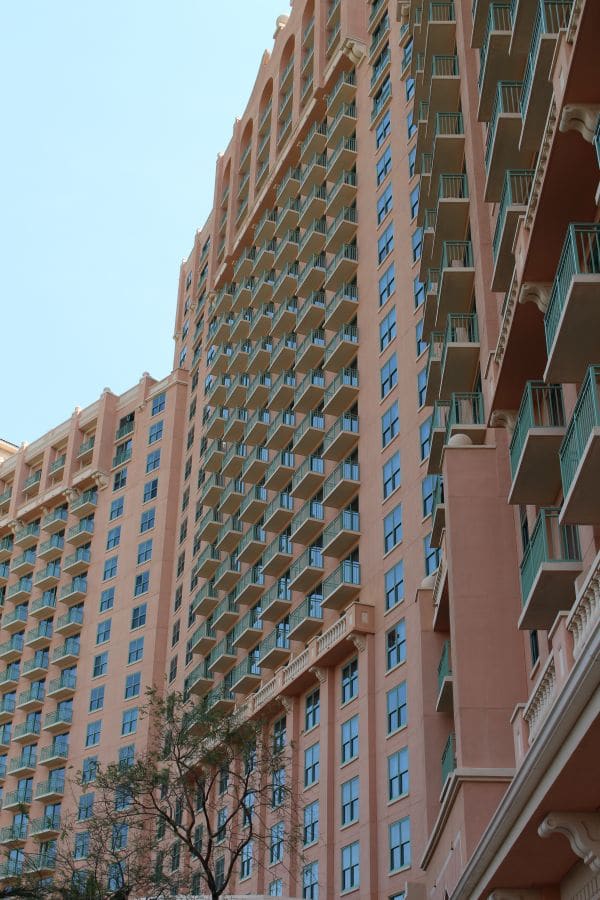 Since I arrived a little early, I was able to explore a little.  I discovered a small, well kept garden that supplied the upstairs restaurant, Primo, with an assortment of organic produce. 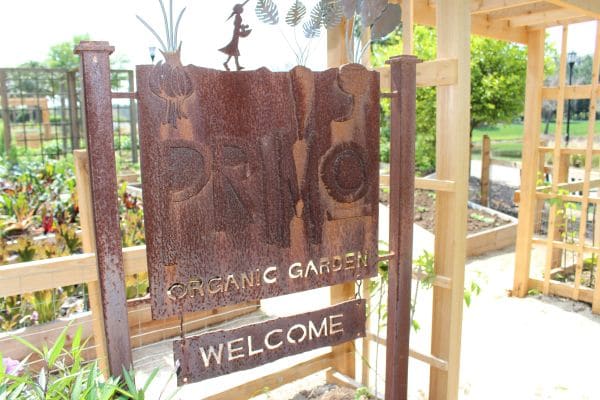 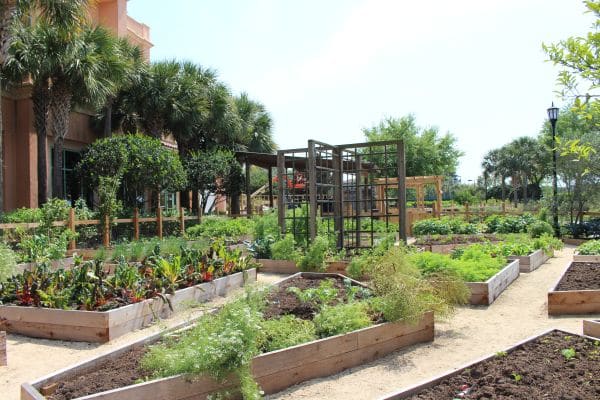 I headed up into the hotel and found Primo on the lobby floor.  The door was open and the scent of cooking was very inviting. 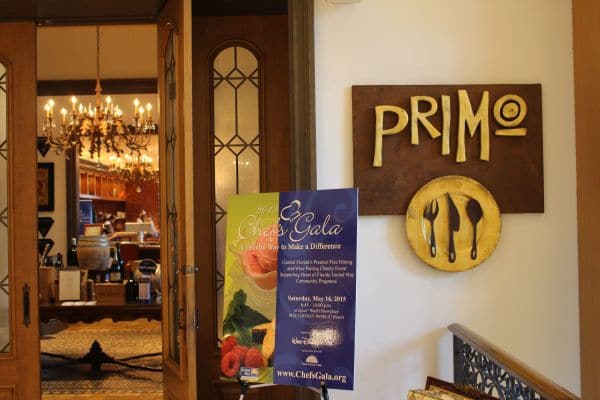 On my left were two open kitchen areas bordered by beautiful stone countertops.  The chefs were already hard at work preparing the five dishes we were about to sample. 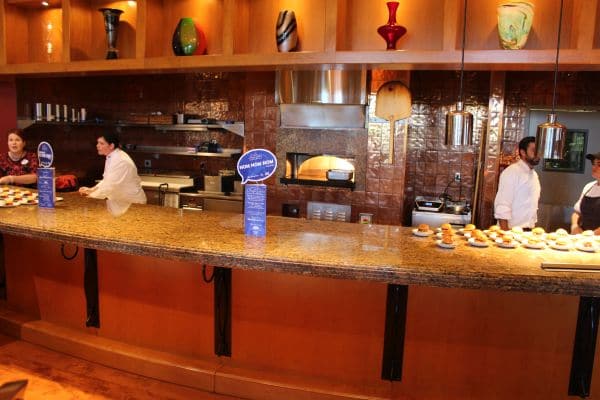 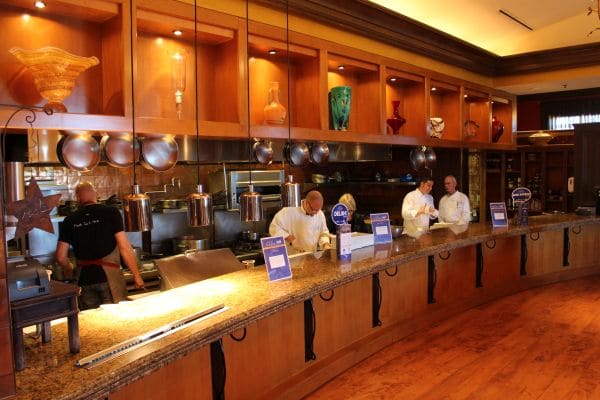 After a few minutes to socialize and find a seat in the dining room, we were invited to try out the food.  First on the menu was an item by Chef Anthony Kruger from blu on the avenue: 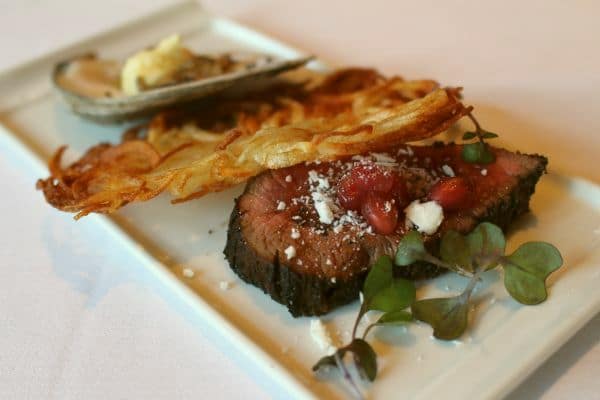 I’d never had a raw oyster before, but the mild oceanic flavor of this oyster was not at all intimidating.  The pomegranate arils were an unexpected but perfect garnish for the steak.  That’s something I’ll be adding to my own steaks in the future.

Next up was an Italian dish by Chef Kevin Fonzo of K Restaurant:

This was Italian comfort food at its best.  The creamy house made ricotta was my favorite part.  I’ve heard that ricotta is relatively easy to make, and now I’d really like to try making it myself.

The next dish was created by Chef Mariano Vegel, of Primo by Melissa Kelly: 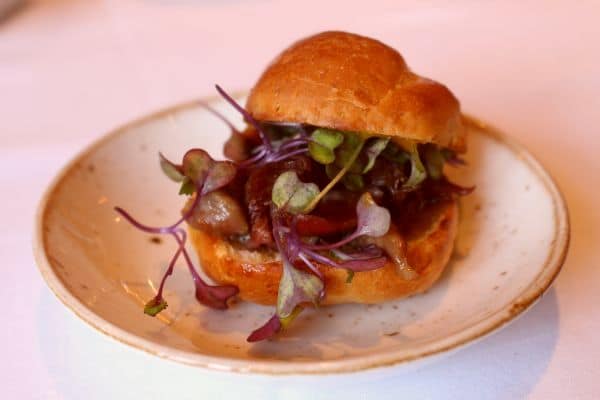 Now, some of you out there may say that you don’t like duck.  Like the oyster, this was a food I hadn’t ever tried before, not because of any particular hesitation, but because I’d just never had the opportunity.  This little slider was wonderful!  It  was juicy and just a little greasy in the very best way, similar to pulled pork.  Don’t hesitate to try duck, especially if Primo is cooking it.

The final savory dish on the menu was from Chef Jared Gross of Urban Tide at Hyatt Regency Orlando. 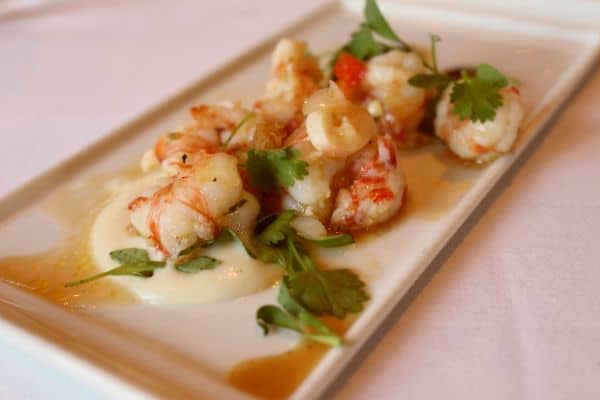 For those of you who are unfamiliar with rock shrimp, they’re a seasonally available shrimp whose flesh is sweet, flavorful, and tastes something like lobster.  I’ve loved rock shrimp for years, so I was pleased to see them presented on the menu.

For dessert there was a beautifully garnished tart by Pastry Chef Amanda Lauder of Disney’s Animal Kingdom Lodge Bakery:

Garnished with an edible flower, raspberries, and gold leaf, this tart was an elegant way to end the meal.  I enjoyed the chocolate portion of the tart, and I loved how the passion fruit portion complemented the chocolate so well.

How the Funds Raised by the Chef’s Gala Are Used

As we finished sampling the food, Ashley Blasewitz, Vice President of Marketing & Communications for the Heart of Florida United Way, introduced each of the chefs and talked about how the money earned by the Chef’s Gala is used to benefit the community. 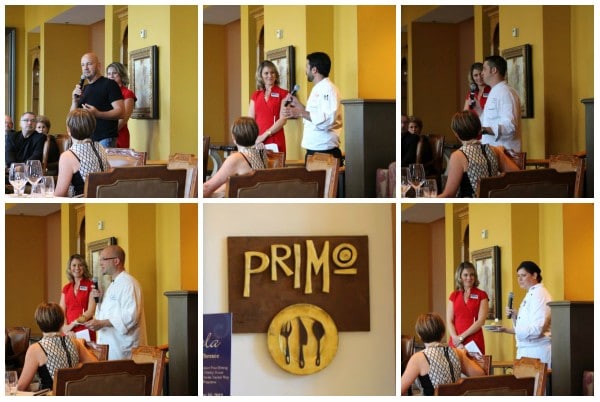 More than 95% of all the money raised goes directly to support Central Floridians in need, including services focusing on education, income, health, and basic needs.  The Chef’s Gala is typically the United Way’s largest fundraiser; in 2014, more than 1,000 guests attended and nearly $300,000 was raised.

This year’s Chef’s Gala at Epcot World Showplace in Walt Disney World will feature fine cuisine from more than 20 of Central Florida’s top chefs, and there will also be thoughtfully paired fine wines, live music, and a silent auction.  You can get your tickets online at www.chefsgala.org.

Ever been to a fundraising gala?  Tell me about your experience!  Or, since I tried oyster and duck for the first time at this event, tell me about a time you tried a new food!