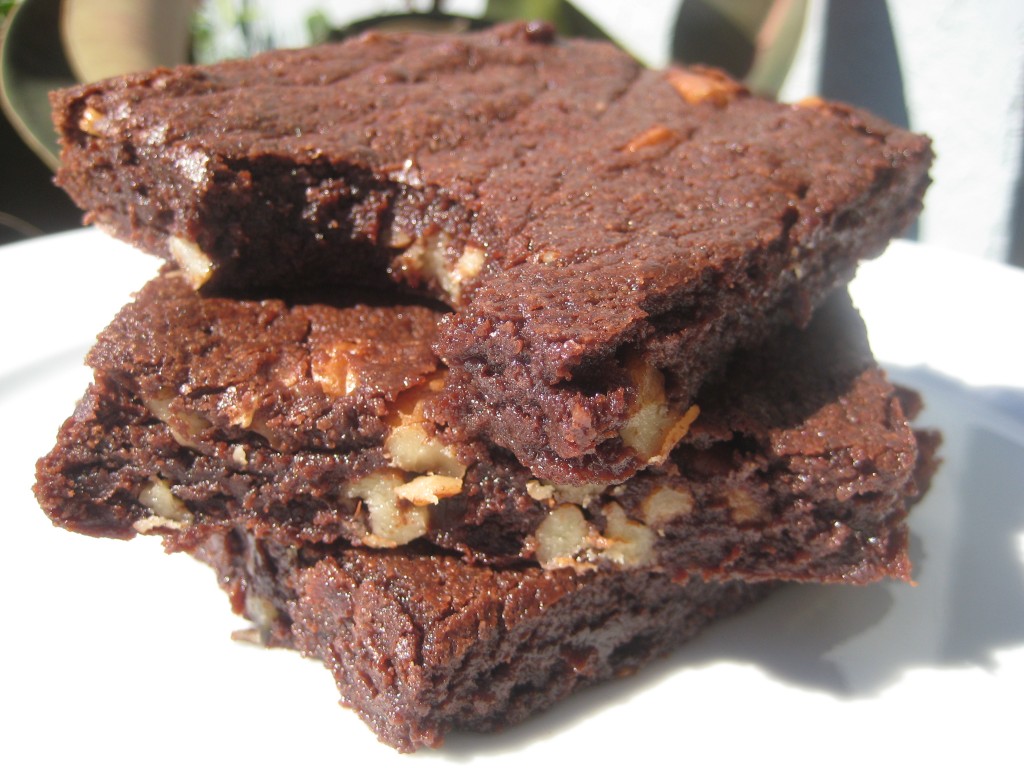 The secret to chewy brownies.

When adding extra sugar to brownies, will they become chewier, or just sweeter?

If you’ve been following my brownie experiments, you’ll know that in my search for the chewiest brownies, I’ve tried adding extra flour and adding extra eggs.  Neither method produced what I was looking for, although each new version of the recipe had its interesting qualities.

Today, I took the very same chocolate brownie recipe, which calls for 1 cup of sugar in an 8-inch pan, and added an extra 1/4 cup of granulated sugar.  This brought the total amount of sugar to 1 1/4 cups.

Everything else remained the same, from the cooking method to the cooking time and temperature.  Well, almost.  I added a handful of nuts for variety, which doesn’t really affect how the other ingredients interact.

I’ve made other brownie recipes with a high proportion of sugar, but even when they turned out chewy, they were disappointing because there just wasn’t enough chocolate in them to counteract the sugariness.  I think that’s because many recipes use melted semisweet or bittersweet chocolate to flavor the brownies.

For me, if you’re baking brownies in an 8 inch pan and you’re using less than 3 oz of unsweetened chocolate (or 6 to 8 oz of bittersweet), you’re wasting your ingredients, because there’s just not enough chocolate!

I’ve got my fingers crossed for this one.

I’ve done it.  I’ve cracked the secret.  I’ve made truly chewy brownies from scratch without using vegetable oil, and without skimping on the chocolate!  Ever since I was disappointed by the Cook’s Illustrated Chewy Brownie Recipe, I’ve been trying to figure this out!

The edges, oh, my dear sweet heaven, the edges!  Perfectly chewy!  I just wanted to pick up the whole brownie and nibble it all the way round.  Yet the middle was also chewy, but in a lovely, fudgy way!  And such deep, dark chocolate flavor!

This recipe cries out to be baked in muffin tins, or mini-muffin tins, to increase the ratio of chewy edge to fudgy middle.

Here They Are:  The Ultimate Chewy Brownies

Now you can enjoy this ultimate chewy brownie recipe!