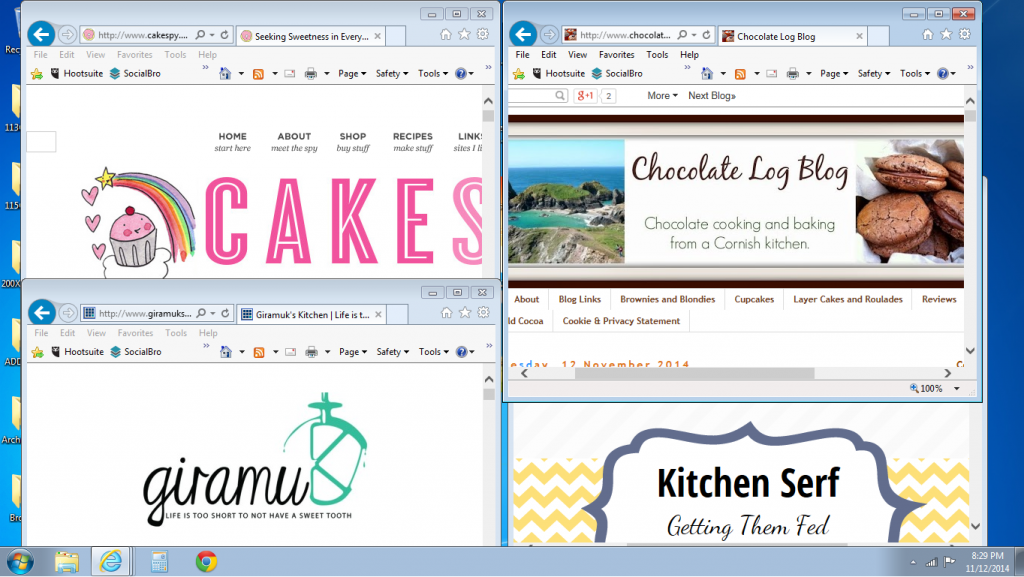 Before I started blogging, I didn’t really follow any blogs.

Let’s just say that generationally-speaking, I’m part of the group that didn’t have cell phones in high school.  I was late to the social media party.  I still don’t have a “smart” phone and I almost never send a text message.

Once I started blogging, I dove into social media, thrashed around for a while just trying to keep my head above water, and emerged a bit more confident interacting with the online world.

As you can see from my social icons, I’m on Facebook, Pinterest, and Twitter.  After several months of use, I have to say that my hands-down favorite is Twitter.  It’s real time, constantly changing, and functions like a magical radio station with hundreds of interesting presenters.

(It also helps that I’ve been more successful on Twitter than any of the other social media platforms.)

So, to meander gently back to the point, my other reason for enjoying Twitter is because it’s where I’ve found most of the bloggers whose blogs I follow.  I gravitate toward active Twitter users because it’s just plain engaging to read a blog post and later touch base in real time.

I was surprised to find that I follow quite a few UK bloggers, which is great because I’m a closet Anglophile who watches way, way more UK television than US television.  (Doctor Who, anyone?)

Here are the first few of blogs I read often.

CakeSpy has been one of my very favorite blogs to follow from the first moment I stumbled upon it.  Not only does Jessie have all sorts of interesting things to write about- like whether or not you can ship an ice cream cone– but she’s also an excellent illustrator.

Kitchen Serf had me at A Plea to Food Bloggers: Put Down the Pumpkin.   Since then Jennifer keeps me entertained with what she’s reading, roundups of Really Great Things, and the occasional reference to Mexican Coca-Cola.  She was my very first guest poster and made fabulous salted caramel brownies!

Life’s Too Short Not to Have a Sweet Tooth

At Giramuk’s Kitchen, Dini always has something really unique going on.  She’s been around the world, and it shows in her food.  This blog is never, ever boring or run of the mill.  Take a look at these Sri Lankan Banis and you’ll see what I mean.  Plus she gets big bonus points for being a Doctor Who fan and making this mind-blowing Doctor Who cake for my Time Lord Chefs event!

Chocolate Cooking and Baking from a Cornish Kitchen

I found the Chocolate Log Blog when I was searching for unique brownie recipes.  This blog makes me want to take a plane to Cornwall and start eating.  It’s wonderfully soothing to read about fresh berries, duck eggs, and other local goodies.  Choclette also hosts the wonderful We Should Cocoa event, which I’ve participated in several times.

I hope you enjoy these blogs as much as I do.  I’ll be posting more as my hectic schedule permits.

Don’t forget to leave your own blog link in the comments so I can stop by for a visit.  And do tell me what blogs you read often.

And hey, did you ever try this Champagne Brownie Cake?  It’s always a good time for champagne and chocolate.