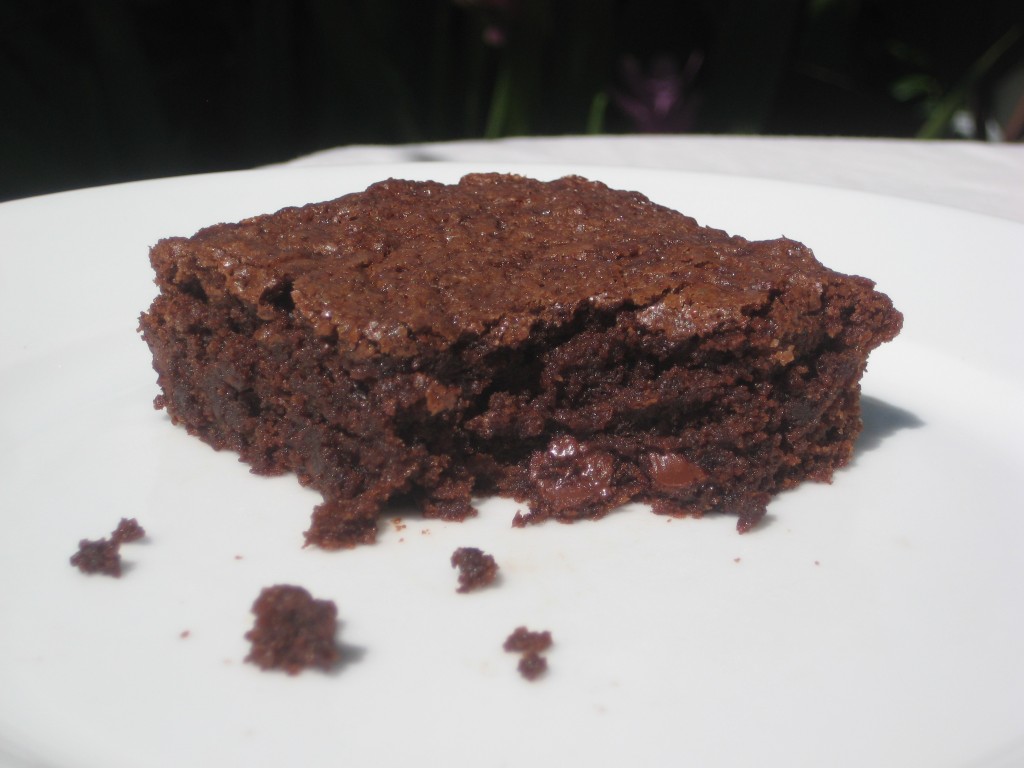 Make ahead… or do what I do and eat them now.

As a huge fan of Michael Ruhlman’s book Ratio: The Simple Codes Behind the Craft of Everyday Cooking

, I couldn’t wait to try out this brownie recipe from his new book, Egg: A Culinary Exploration of the World’s Most Versatile Ingredient

.  Similar to the recipe that I tried a few weeks ago, Fudgy Brownie Cake, this recipe relies on cocoa powder for its central chocolate flavor.  While I enjoyed the Fudgy Brownie Cake brownies, they were a bit too cakelike for my taste.  Another difference between the two recipes is that these brownies include chocolate chips for an extra boost of chocolate.

These Make-Ahead Brownies are in the middle of the cakey/fudgy continuum, a type of brownie I like to describe as truffle-like.  They are not dense and heavy enough to be called fudgy, and they don’t have those large, chewable crumbs present in a cakey brownie.  Instead, the small crumbs melt away in your mouth like a truffle.

This was the first time I have ever used a natural (as opposed to Dutch-processed) cocoa powder.  I used Ghirardelli Chocolate Unsweetened Cocoa Pouch, 8 Ounce

and was very pleased with the chocolate flavor- it was strong and not as mild-mannered as a Dutch-processed cocoa.  The chocolate chips that I used were also new to me: SunSpire Organic Fair Trade 42% Cacao Semi-Sweet Baking Chips, 9 Ounce Bag

The original recipe was for an entire half sheet of brownies (the equivalent of two 13 by 9 inch pans), so I’ve scaled it down by half to bake one 13 by 9 pan of brownies. 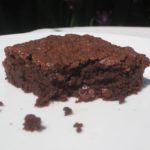