Got underbaked, overbaked, or leftover brownies? Here are some easy ideas for rescuing your brownies from disaster or from the trash can. 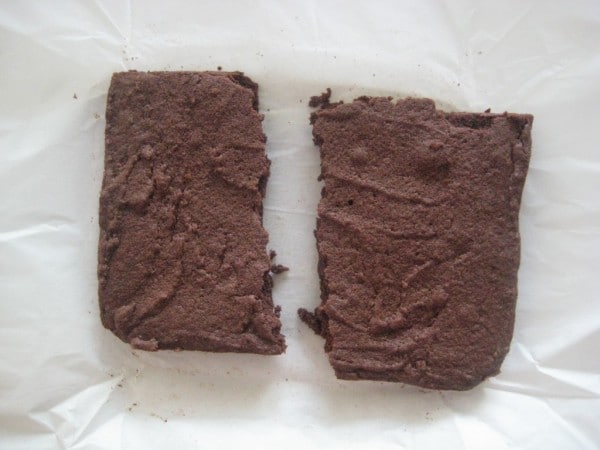 Sure, I have a recipe fail now and again.

But that doesn’t mean it’s the end of the world, right?  As long as you haven’t burnt them black, brownies are almost always salvageable in one way or another.

Also, if you want a brownie recipe that comes out right every single time, try my signature brownies or my decadent flourless brownies.

Problem #1 – Brownies Underbaked in the Middle

This happens with really fudgy brownie recipes sometimes; they just never get done in the middle, while the outside rim quickly crusts and dries out.  Take the brownies out of the oven.  Since the edges are done, cut them off.  If the leftover middle section is on the larger side, cut it in half and scoot the two pieces apart.  Put it back in the oven to finish baking.

Use this test to tell when they’re done!

Brownies, by definition, should be moist.  What good is a dry brownie?

Whether brownies have dried out by overbaking or simply from being a day or two old, there are still uses for them.  Here are some ideas:

Using one of these neat brownie edge pans can also help make sure that they cook evenly in the future.

Have you ever used underbaked, overbaked, or leftover brownies creatively?  Share your ideas in the comments below!