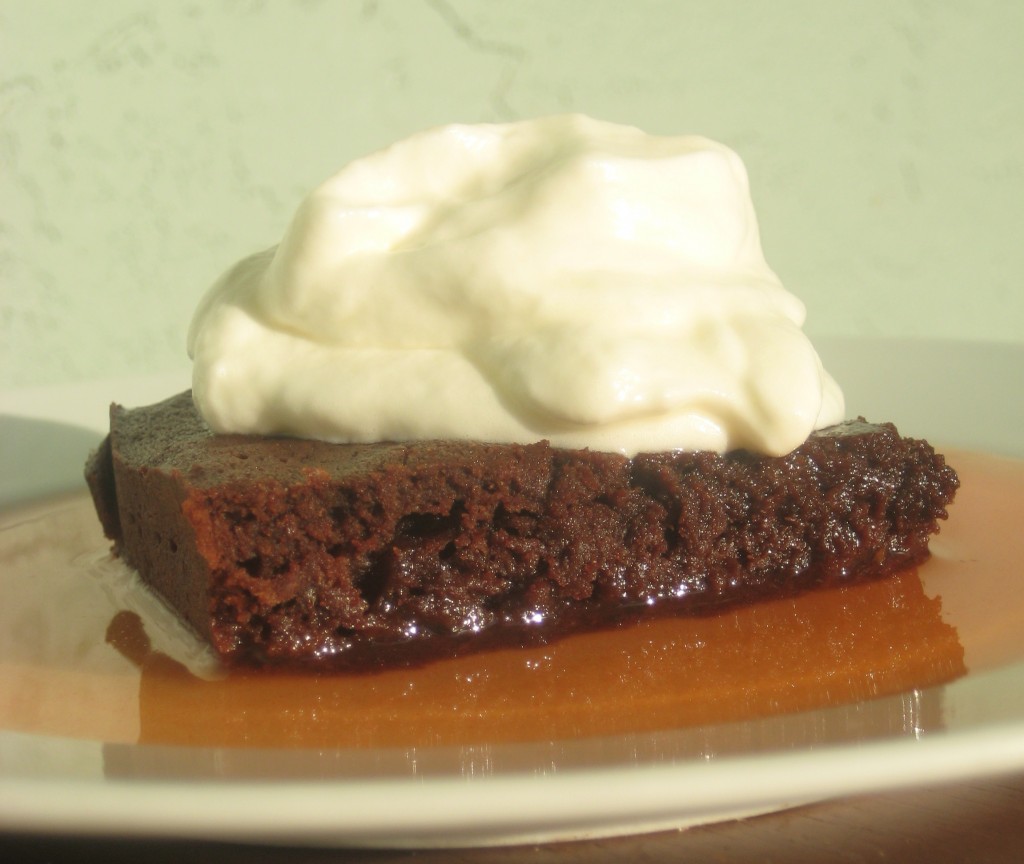 There’s a story behind these banana brownies.

I was at the grocery store one morning to pick up a few things for the weekend, and the bunch of bananas that I plopped in the oversized-racecar-and-child-carrying grocery cart had an unusual label.

It said “Cooking Lab Recipe Contest” and had a link to the Chiquita Bananas website.  So after I got home and put at least half of the groceries away I flipped open the computer and checked it out.

It appears that Chiquita is running a recipe contest every week until November 24, 2014.  And your recipe has to include bananas (of course) plus a couple of other special ingredients of their choice.

Well, isn’t that a right challenge.  Coming off of my pumpkin brownies baked in a pumpkin success, I feel a bit cocky.  Like, “I think I might just combine bananas, watermelon, and yogurt in a brownie recipe” cocky.

So bear with me now as we sail into uncharted waters.  I can pretty much guarantee that no one in the history of baking has combined bananas, watermelon, and yogurt in a brownie.  And if they have, I’d like to congratulate them for being a brave and pioneering soul.

Plus I’d like to steal their recipe.  (Just kidding.)

I have to say that the color of the watermelon syrup in its jar is one of the most beautiful pinks I’ve ever seen.  And then when it spreads out on the plate it takes on the color of sunset, somewhere between orange and pink. 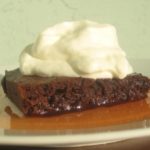 For the Watermelon Syrup2 1/2 cups of watermelon chunks (about 1/8 of a large watermelon, or 2 lbs with rind)

For the Watermelon SyrupPlace the watermelon chunks in a saucepan. Use a potato masher or a large fork to crush the chunks until the mixture is mostly liquid. (You may also use a food processor if you prefer.)

For the Banana BrowniesPreheat oven to 350 F and prepare an 8 inch pan by lining it with foil or parchment paper.

For the Yogurt Whipped CreamIn a small bowl, whisk together the yogurt, vanilla extract, and 1 TB of powdered sugar until smooth. Set aside.

Previous Post: « Five Weird Things I Do in the Kitchen
Next Post: Top 10 Tips for Aspiring Food Bloggers – Do As I Say, Not As I Did »