Real Russian borscht from an author who lived in Russia to study Russian culture and language!  Easy to follow instructions and simple ingredients.  This post contains links for affiliate shopping. 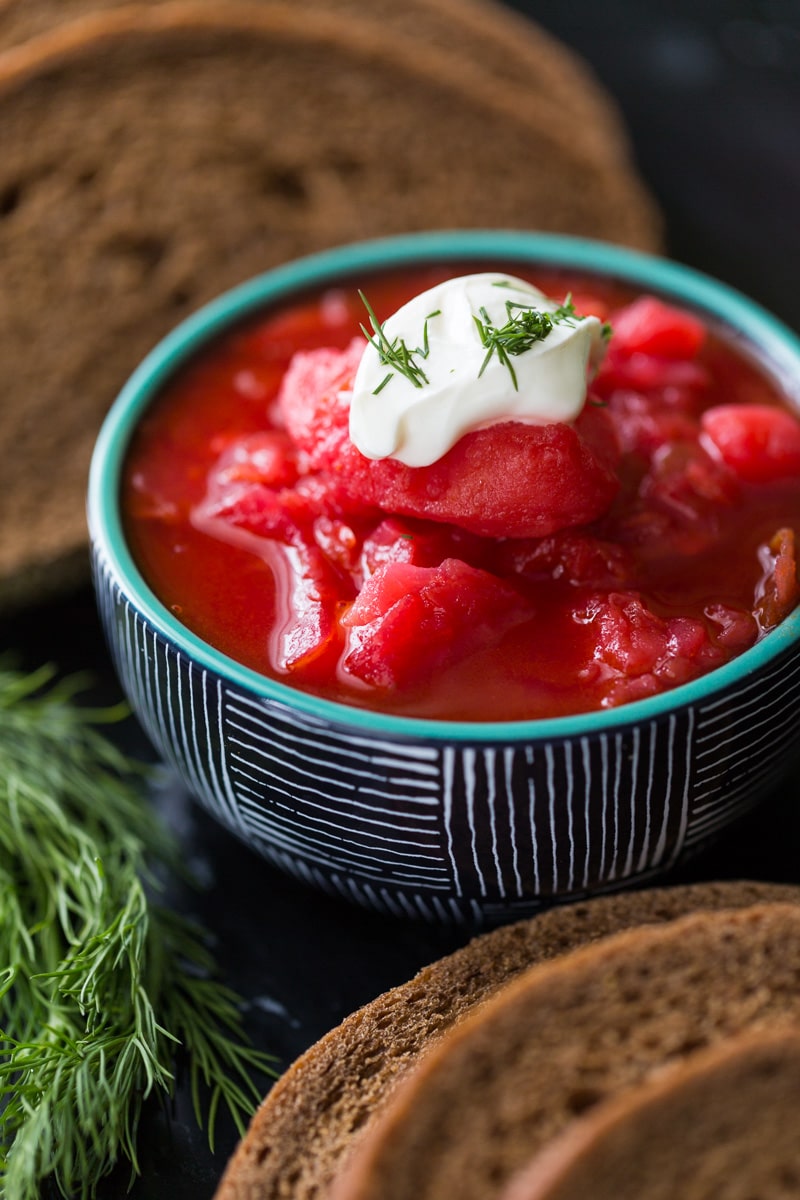 At the edge of the Russian wilderness, winter lasts most of the year and the snowdrifts grow taller than houses.  But Vasilisa doesn’t mind- she spends the winter nights huddled around the embers of a fire with her beloved siblings, listening to her nurse’s fairy tales.

It’s not often that a fiction book sets my imagination on fire.  The Bear and the Nightingale by Katherine Arden accomplished that by the end of the first chapter. 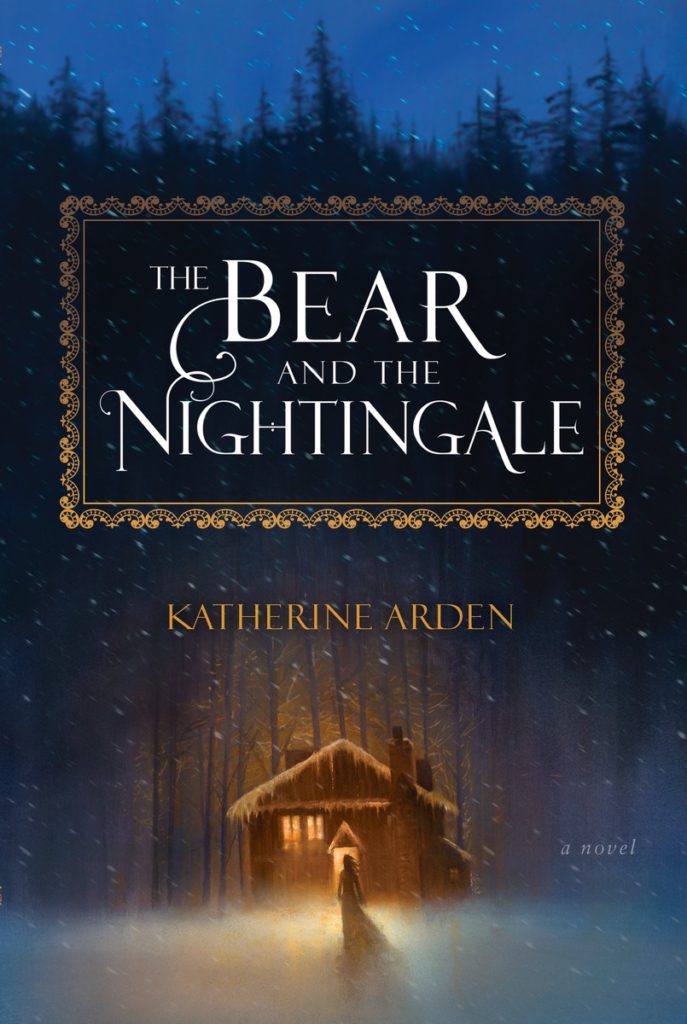 What does that have to do with Russian borscht, you might ask?  Well, that’s the story, isn’t it.  Any story, at its heart, is how the characters get from point A to point B.  Today’s story is how I got from reading The Bear and the Nightingale to preparing a giant pot of borscht. 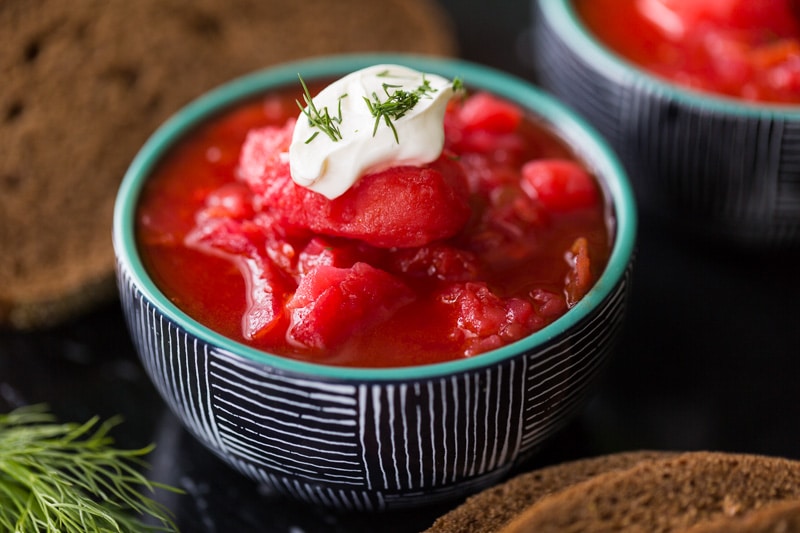 I originally picked up The Bear and the Nightingale in one of my tangential library catalog searches.  You know, the type of search where you look at one book, then click a hyperlink to another, then another, and so on until you forget exactly how you got to where you arrived.  Somehow, I arrived at The Bear and the Nightingale, reserved it, and picked it up from the library a day or two later.

Above all, she loves the chilling story of Frost, the blue-eyed winter demon, who appears in the frigid night to claim unwary souls.  Wise Russians fear him, her nurse says, and honor the spirits of house and yard and forest that protect their souls from evil. 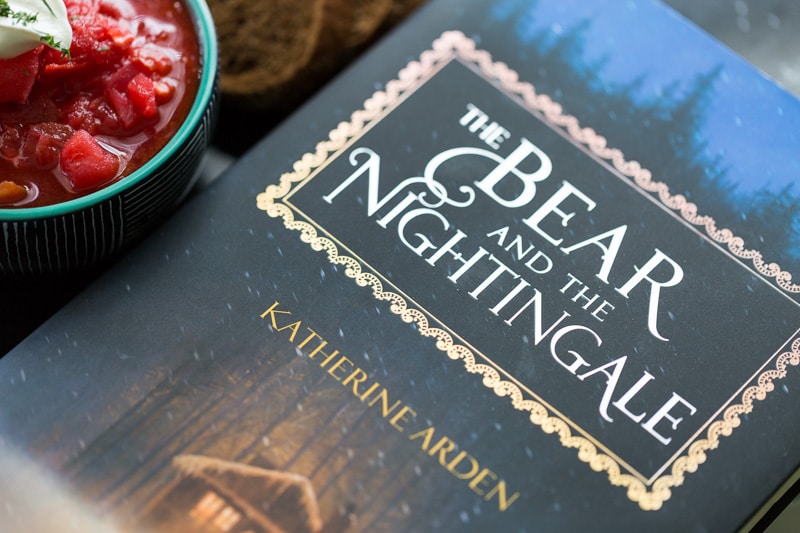 After Vasilisa’s mother dies, her father goes to Moscow and brings home a new wife.  Fiercely devout, city-bred, Vasilisa’s new stepmother forbids her family from honoring the household spirits.  The family acquiesces, but Vasilisa is frightened, sensing that more hinges upon their rituals than anyone knows.

Less a domino effect than an inexorable fall of snow, the consequences of neglecting the old ways mount.

…crops begin to fail, evil creatures of the forest creep nearer, and misfortune stalks the village… As danger circles, Vasilisa must defy even the people she loves and call on dangerous gifts she has long concealed- this, in order to protect her family from a threat that seems to have stepped from her nurse’s most frightening tales.

Oh, I know you want to know what happens next. 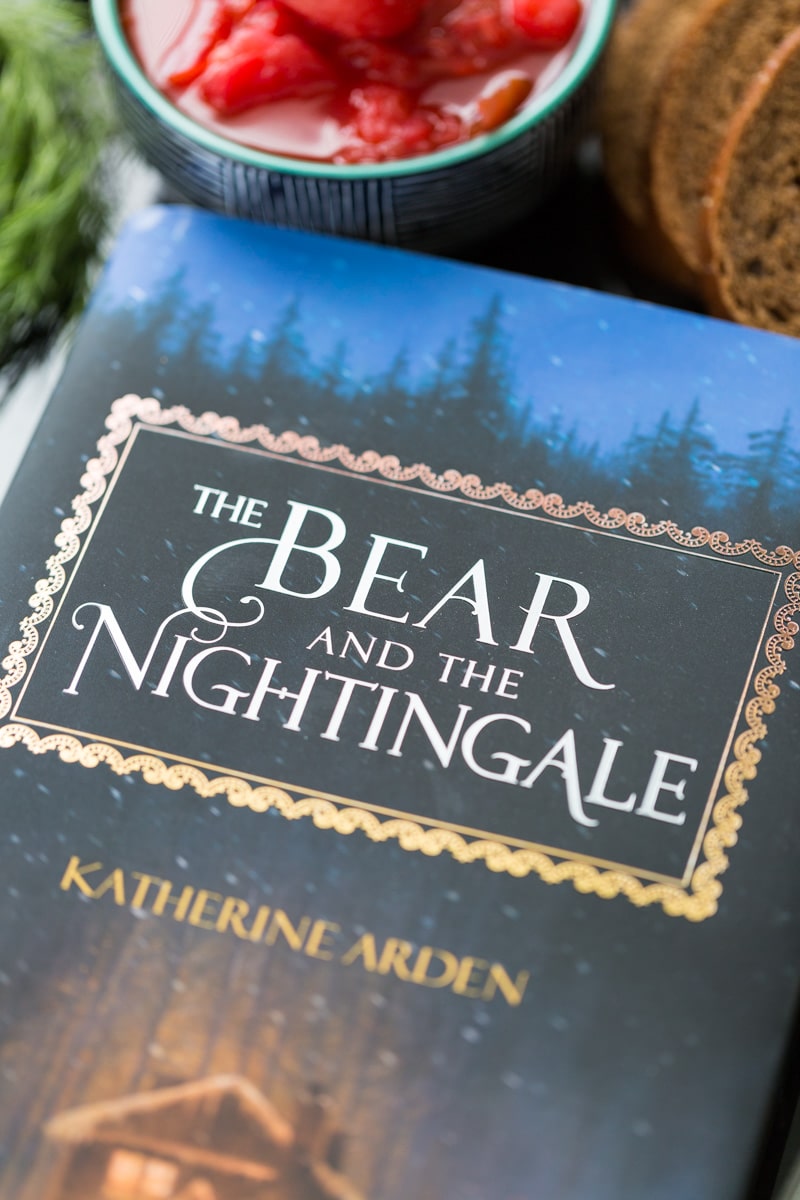 After I finished reading The Bear and the Nightingale, I decided to get in touch with the author, Katherine Arden.  I was intrigued by all the sumptuous descriptions of food throughout the book: bread stuffed with honey, hot soup, feasts of roasted pork, and so on.

It turns out that not only is she a crackerjack author, but she’s also a vegan and quite the cook.  It wasn’t always that way.  As a Russian major at Middlebury College in Vermont, she decided that she had to either become a cook or be condemned to takeout forever.

With her giant cookbook library and an arsenal of vegan recipes that are healthy, delicious, and fulfilling, Katherine used her knowledge of cooking along with her research into Russian foodways to set the table, so to speak, in The Bear and the Nightingale.

Having lived in Russia for two years gave her a head start in assembling the details of daily life in Russia.  She also used the Domostroi, a householder’s manual written in the time of Ivan the Terrible, to add authentic touches to the historical setting.  As a writer, Katherine says, “I love to think about food and it has an importance in creating texture in everyday life.  It draws you in.” 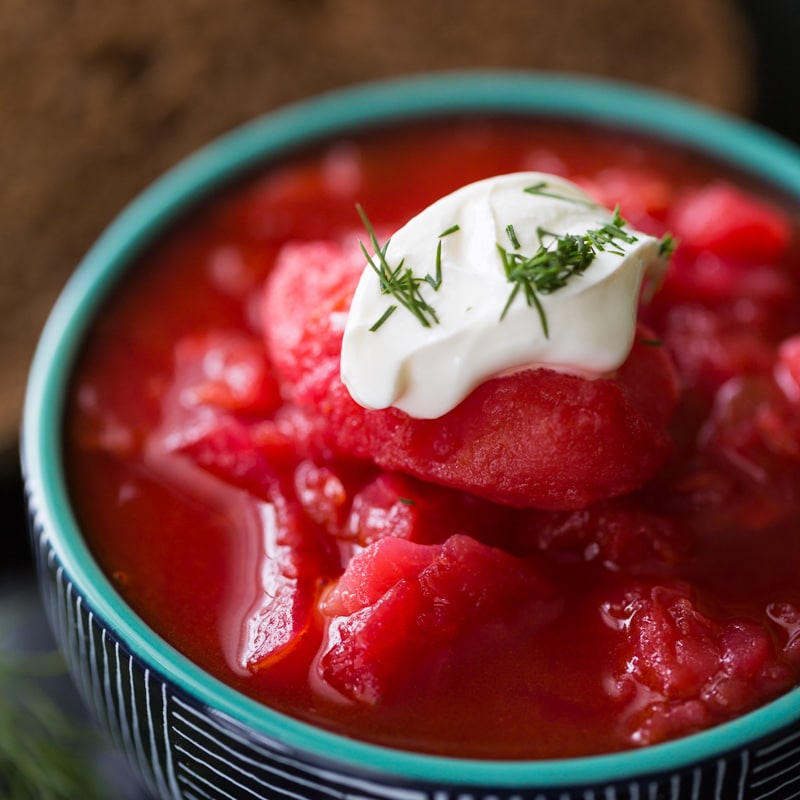 On a typical day, Katherine might start the morning with fruit, such as bananas or papayas, then work straight through the day, stopping for dinner only when the day’s writing is complete.  That’s because she does her best work when she’s hungry.  She has plenty more writing to do, because there are two sequels to The Bear and the Nightingale on the way.  Book two is already complete, and book three is currently in progress.

I asked Katherine to share with me one of her Russian recipes, and she kindly obliged with this Russian borscht recipe.  It was inspired by a friend’s Russian grandmother, and is a meatless preparation perfect for Lent (or “Post” in Russia), during which Russians abstain from meat- thus the name “postny borscht” in Russian.

As prepared, it’s completely vegan, but you can also add sour cream as a traditional topping.  Katherine also recommends a nice, big hunk of dark rye on the side, and I heartily concur.  But truly, there’s no better pairing than a bowl of this borscht alongside a copy of The Bear and the Nightingale. 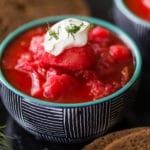 Real Russian borscht from an author who lived in Russia to study Russian culture and language! Easy to follow instructions and simple ingredients.

Get your copy of The Bear and the Nightingale!