This recipe was sponsored by Acorn Media and its advertiser.  All opinions are my own. 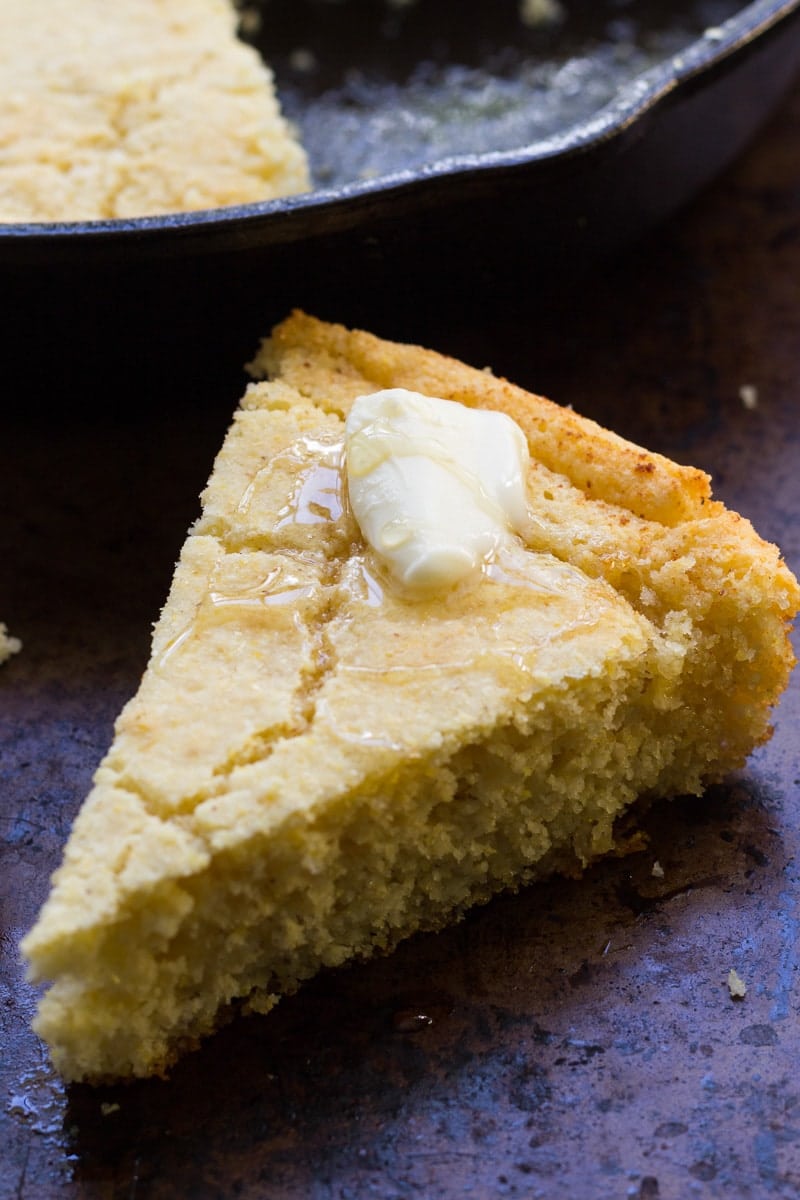 Did you know that there are two kinds of cornbread?  One kind is sweet, and the other is not.  I like them both; in fact, I’ve even shared a recipe for the sweet kind of cornbread before.

However, today’s cornbread recipe is for the savory type of cornbread.  Traditionally baked in a cast iron skillet, this cornbread is hearty, rustic, and has a crunchy crust.

I enjoyed cast iron skillet cornbread throughout my childhood.  My mom made it pretty frequently, and I could always be relied upon to polish off several large wedges (preferably accompanied by a tall glass of cold milk). 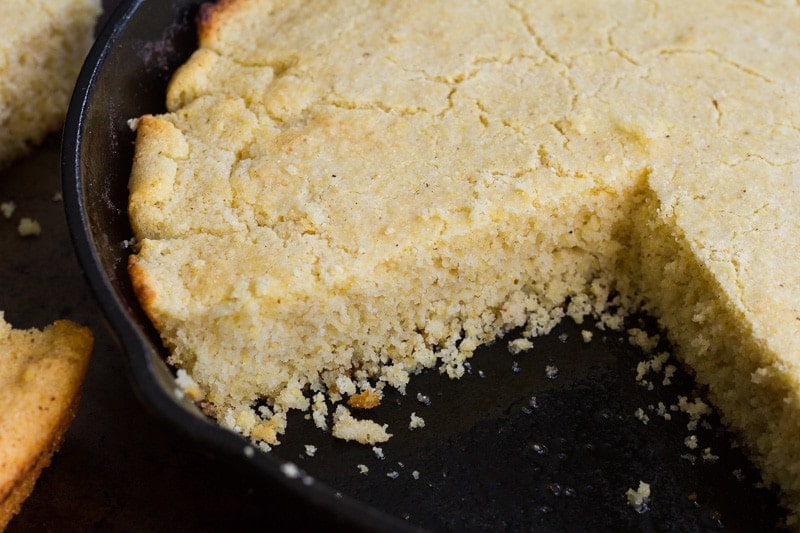 I asked her to walk me through the making of this cast iron skillet cornbread and she very kindly obliged.  I’m so happy to add another family recipe to my repertoire!

The calendar tells me that the season is turning from summer to fall, although—here in Florida—you wouldn’t know it yet from the unrelenting heat and sauna-like humidity.

This kind of recipe makes me long for cooler weather. 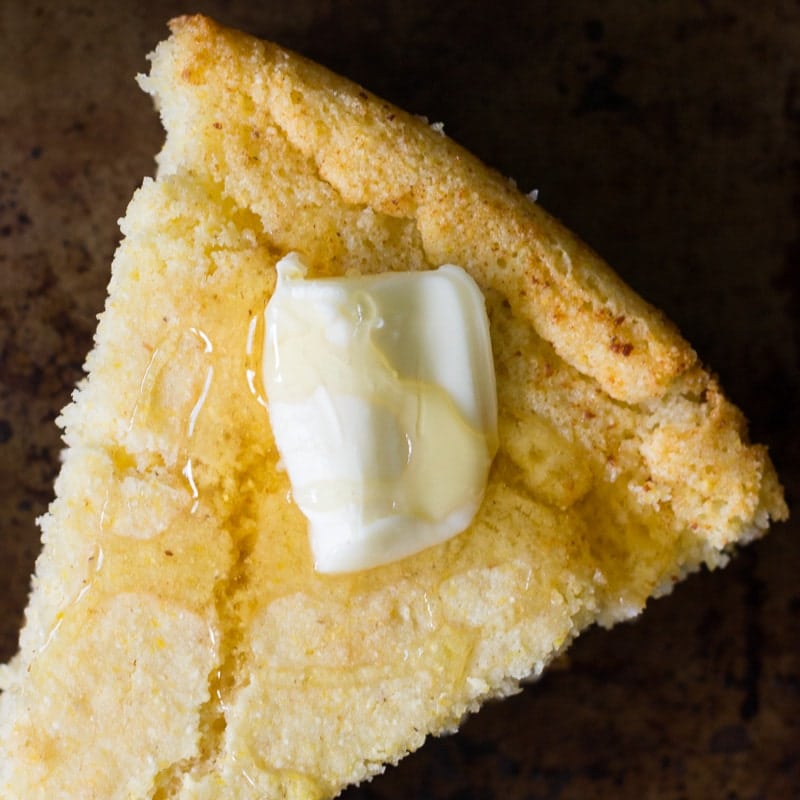 I can just imagine baking up a big skillet of cornbread and placing it on the table alongside hearty bowls of soup, wisps of steam gently spiraling upward.  Soup and cornbread are a hearty combination that’s perfect for a cold evening. 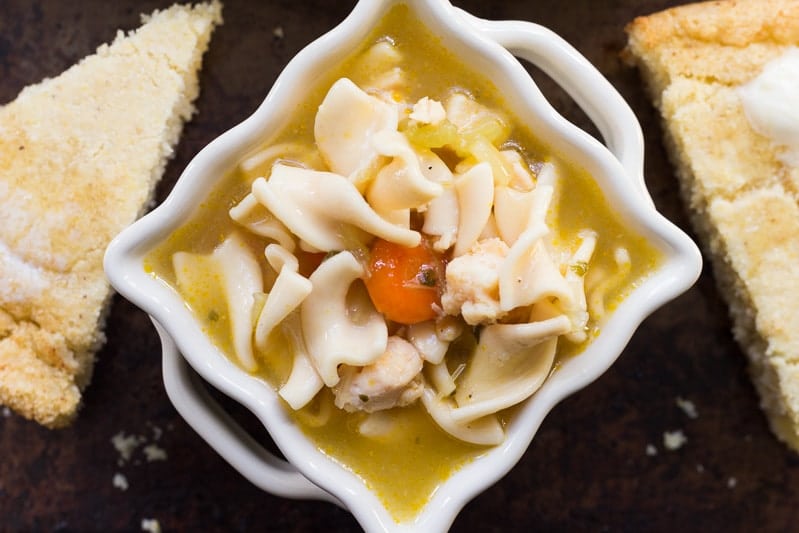 I picked up some Progresso Rich & Hearty Chicken & Homestyle Noodle soup from Walmart for that very purpose.  You can find it in the soup aisle (see the bottom of this article for pictures of the exact location). 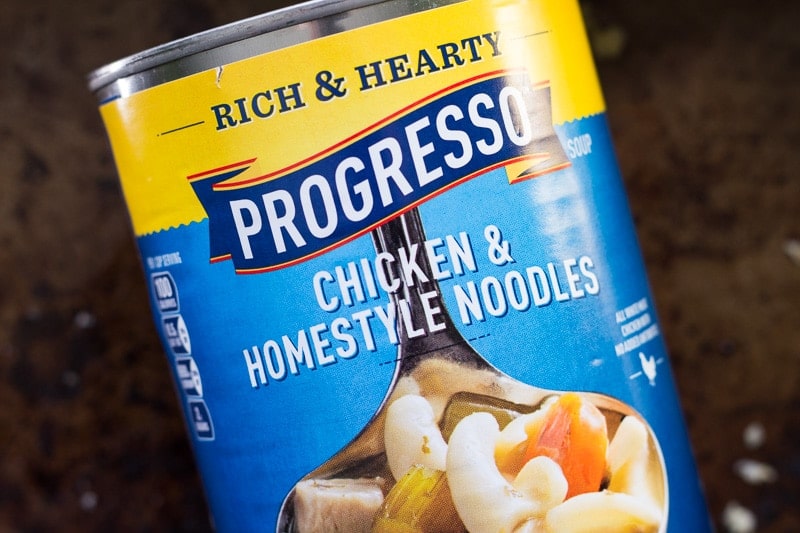 Progresso Rich & Hearty Chicken & Homestyle Noodle soup is made with antibiotic free, all white meat chicken.  You can pick up all your favorite Progresso soups at Walmart for quick, healthy, and easy meal solutions. 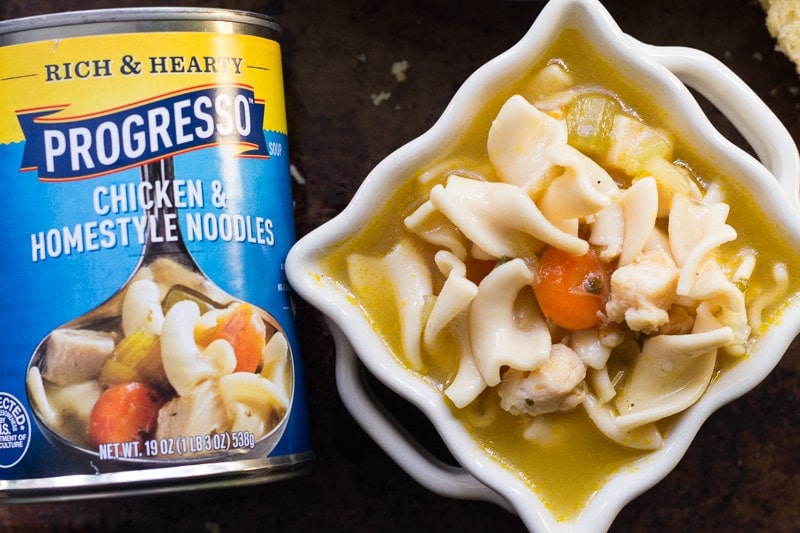 There’s nothing better than a real dinner, real fast—any day of the week! 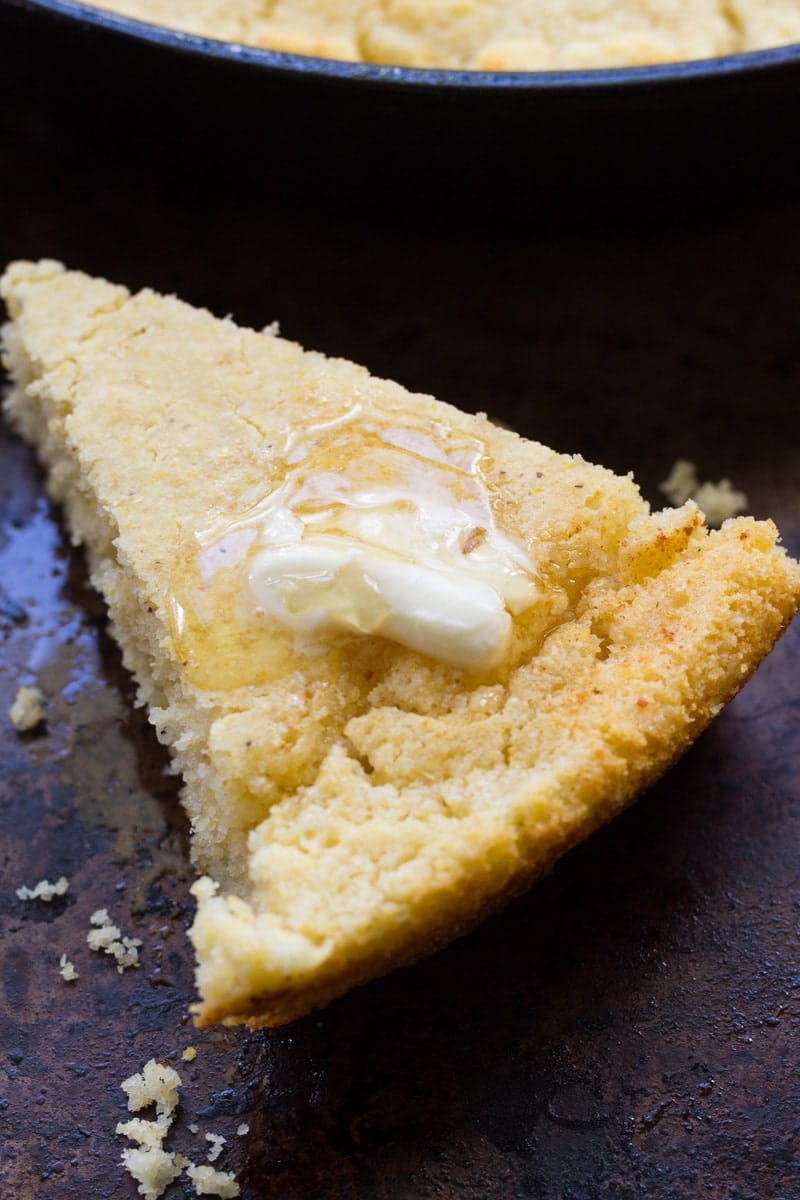 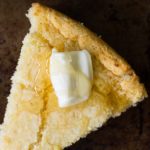 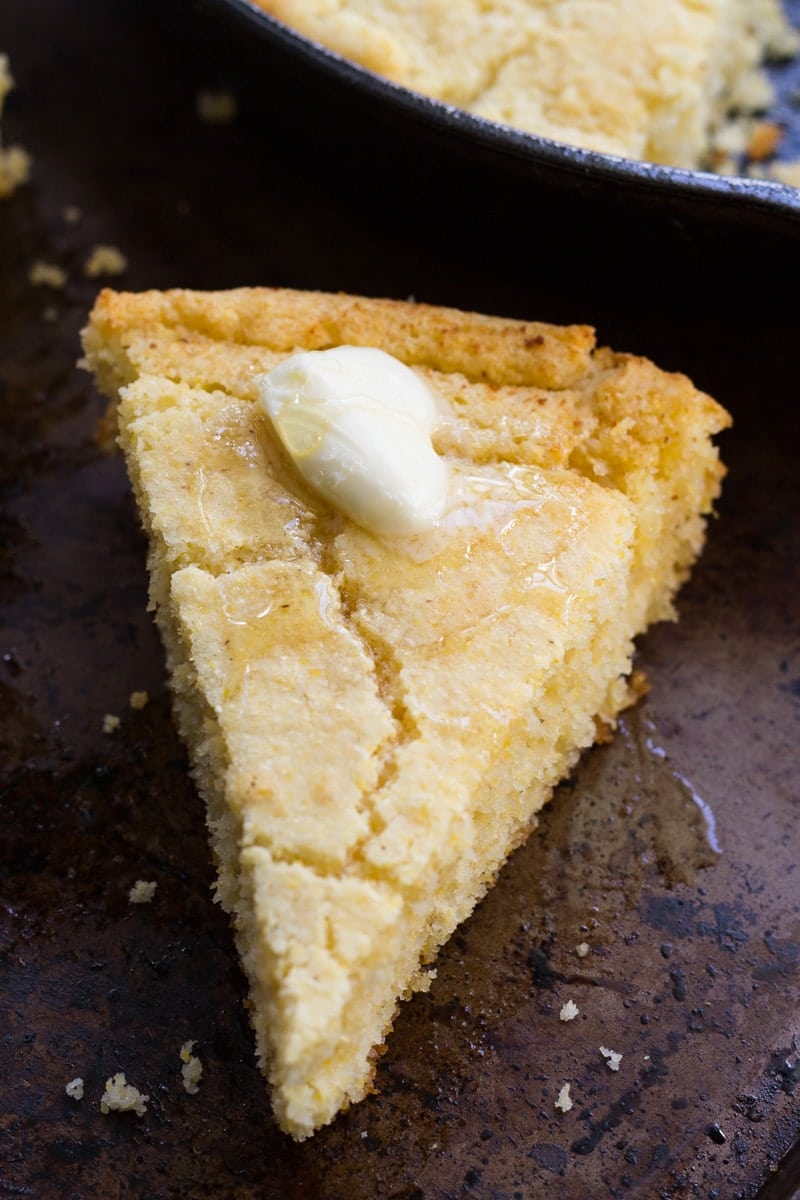 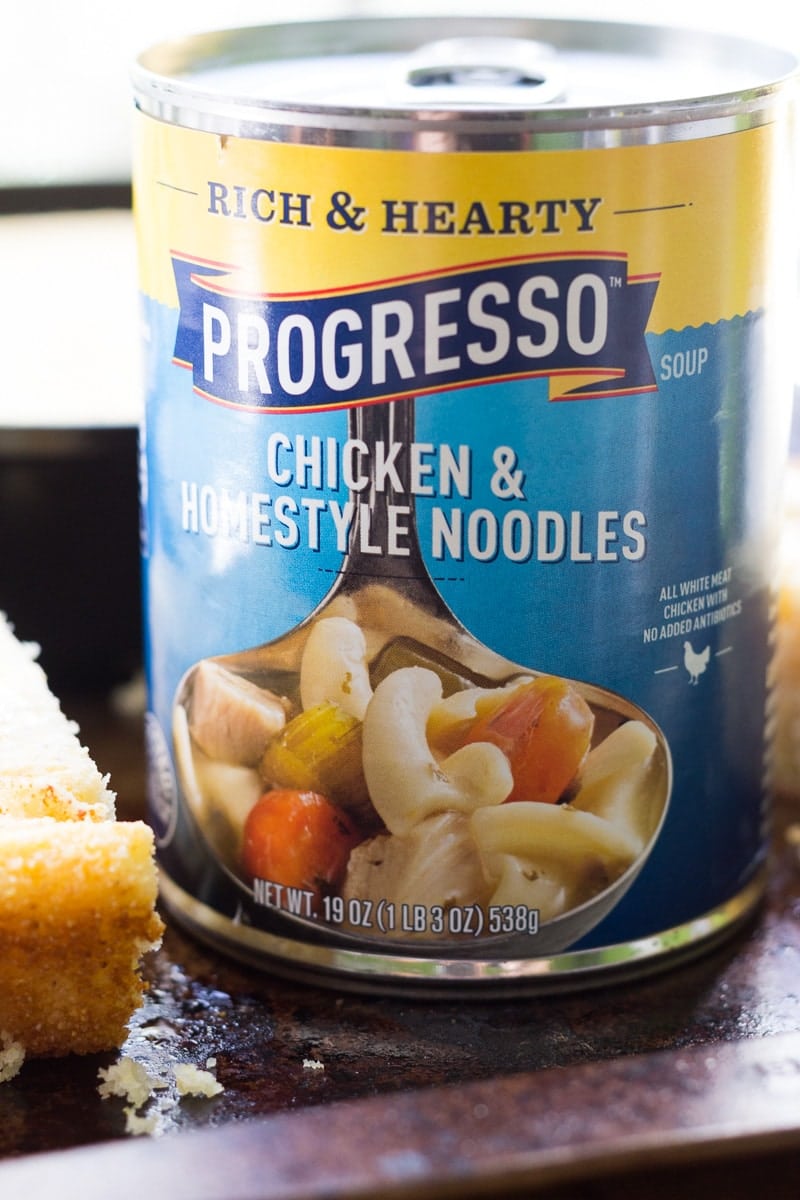