Make a PBJ smoothie just like the one from Planet Smoothie with a list of original ingredients plus observations from watching the smoothie being made. 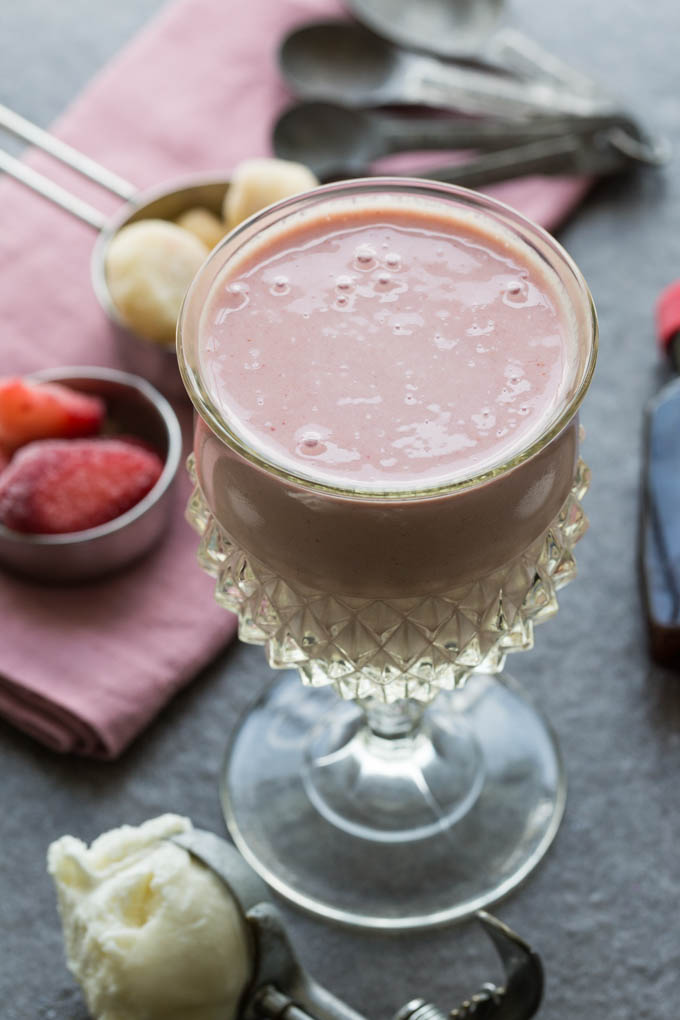 Stopping at Planet Smoothie for PBJ smoothies after evening extracurricular activities became a routine for our family.  Unfortunately, at $5 a pop, it was an expensive routine.

Since I have a powerful Ninja blender system at home, I figured there was no reason I couldn’t put my professional recipe developer skills to work and crack the Planet Smoothie PBJ recipe. 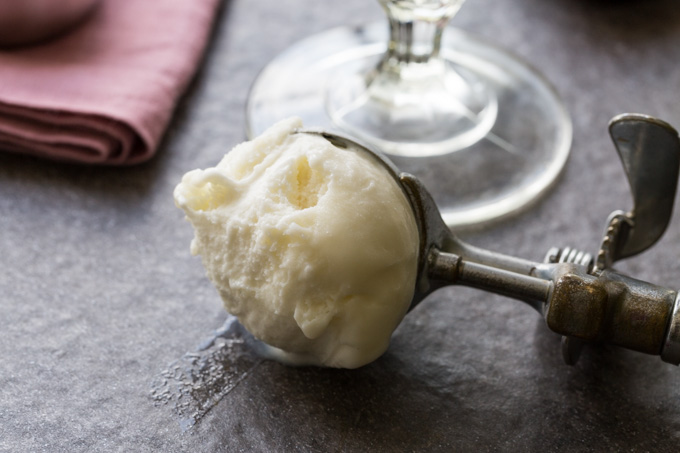 First, I checked the Planet Smoothie website menu for a list of ingredients, which included the following: 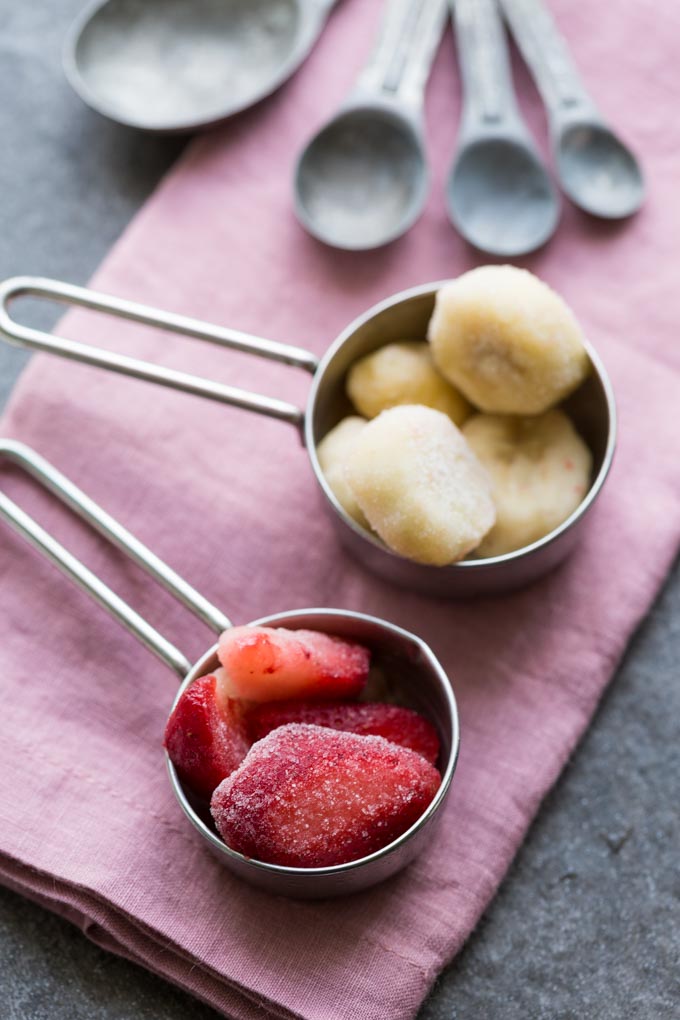 After about a half dozen attempts, I managed to replicate the flavor of the PBJ smoothie at home.  I made a couple of tweaks to the recipe.  It was not convenient to create a refrigerated strawberry liquid/solid combination.  Instead, I chose to use frozen strawberries plus a little strawberry jam to replicate the concentrated strawberry flavor of the strawberry suspension at Planet Smoothie.  I used fresh milk instead of powdered milk, and I also tested the use of vanilla ice cream as a substitute for frozen yogurt. 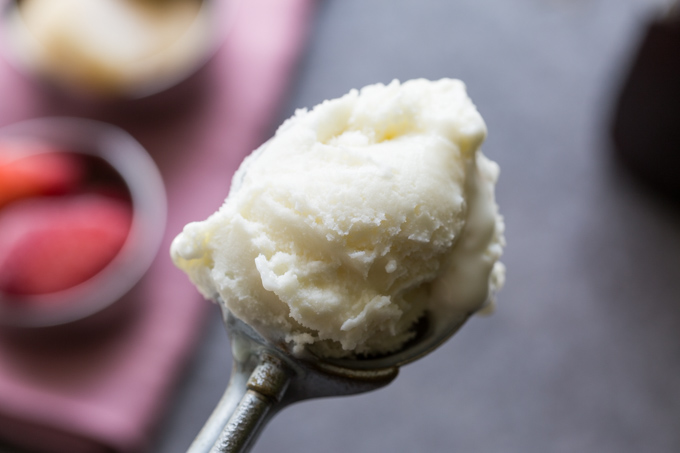 The resulting smoothie is delicious and filling.  It serves one adult as a 12 ounce meal replacement, or can be split into two snack size portions suitable for kids.  As a bonus, it’s far cheaper than the Planet Smoothie version; I estimate that it costs less than a dollar per smoothie, as opposed to $5 per equivalently-sized smoothie at Planet Smoothie.

Enjoy!  And be sure to check out my popular strawberry lemonade smoothie while you’re here.

Make a PBJ smoothie just like the one from Planet Smoothie with a list of original ingredients plus observations from watching the smoothie being made.

To make this smoothie gluten free, make sure that all of your ingredients are gluten free, especially jam, frozen yogurt, and ice cream labels.  These items can be cross contaminated during the manufacturing process.  Check the brand website or call the brand if you're not sure about an ingredient.