Check out a review and pictures of gluten free appetizers, entrees, and desserts we had at the Sanaa restaurant at Disney’s Animal Kingdom Kidani Village. 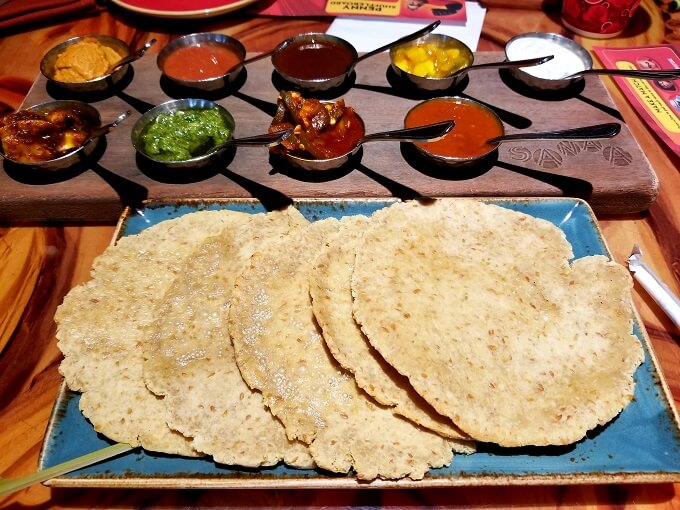 For years, Sanaa was one of our favorite places to eat.  When I found out I could no longer consume anything that contained gluten, I was crushed.  Sanaa’s ethereal naan bread became off limits.

It took a while before I was comfortable returning to Sanaa.  Over time, I became used to ignoring the food I couldn’t eat; I would content myself with their gluten free flatbread pieces while the rest of the family enjoyed their naan.

So, the road back to Sanaa wasn’t entirely smooth, but I traveled it anyway, because that’s just what you have to do.

The most recent time we visited, my husband and I both ordered gluten free food.  (He doesn’t have to eat gluten free, but often he’ll order his food from the gluten free menu to be on the safe side for my benefit.)

My husband ordered the Spicy Durban Shrimp, Paneer Tikka, and Basmati Rice, which were all gluten free. 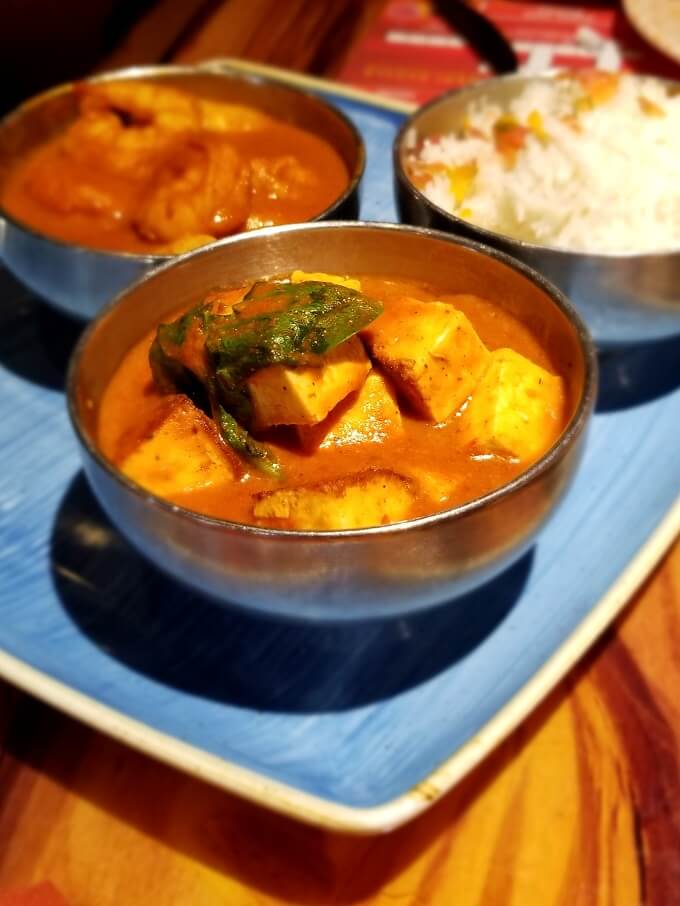 After all the gluten free naan, I was a little less hungry.  I ordered a gluten free appetizer, the Oxtail Umngqusho (braised oxtail, marrow, cracked hominy, and black eyed peas) rather than a full entree so I could save room for dessert. 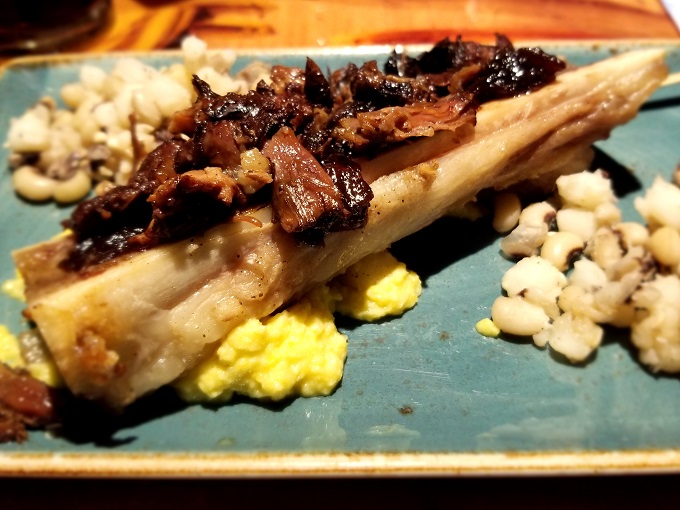 The meat of the oxtail was flavorful, but overall it was a little greasy for my taste.  Next time, I’ll choose the “Potjie Inspired” entree (potjie is a South African term for a style of food cooked in an iron pot over a fire) and plan to pack up the leftovers.

For dessert, we split two of the gluten free dessert options, which were made by modifying existing desserts.  The first was Serradura, listed on the menu as “Butterscotch Pudding, Almond Coffee Streusel, Pineapple, Mango, and Breton Shortbread,” but without the streusel or shortbread.  The pudding was surprisingly salty (even for butterscotch) but tasted good, especially when each bite contained a bit of sweet fruit for contrast. 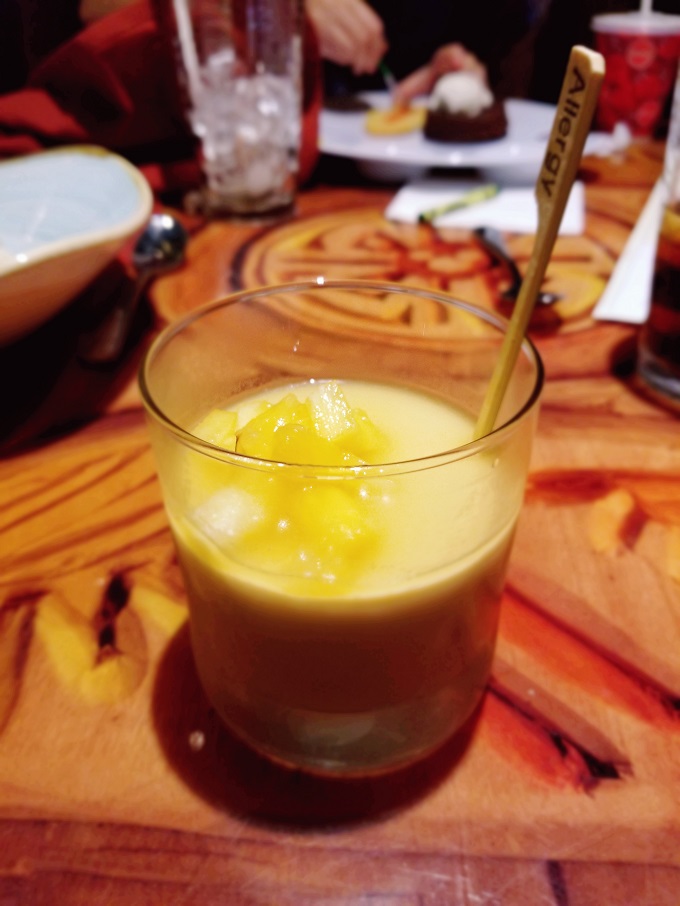 The second gluten free dessert was Kheer, described as “Coconut-Rice Pudding with Cashew Streusel and Saffron-poached Fruit.”  Ours came without streusel, and with fresh berries instead of poached fruit. 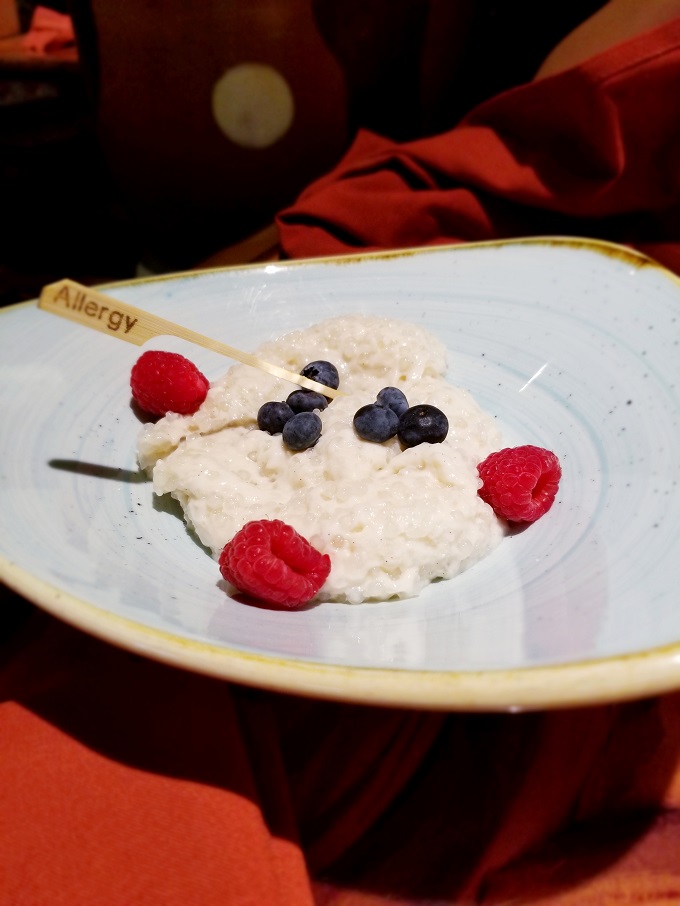 I found the kheer to be inoffensive but underwhelming.  I miss having their “candy bar” desserts, which, on occasion, were gluten free—and far superior to the current offering of kheer or serradura.

In future, I think I’ll stick to the bread service and the “Potjie Inspired” entree, at least until they get some more interesting gluten free desserts.  I appreciate that they at least have some options, but my hope for the future is that the gluten free desserts will become equally as good as the regular desserts.

You can see the original Sanaa gluten free naan bread recipe here, and also the new vegan version here.  I look forward to making some naan at home soon!