Crispy, crunchy tuna cakes made with albacore tuna are perfectly easy and made with just four ingredients!  This recipe is great for appetizers or dinner. 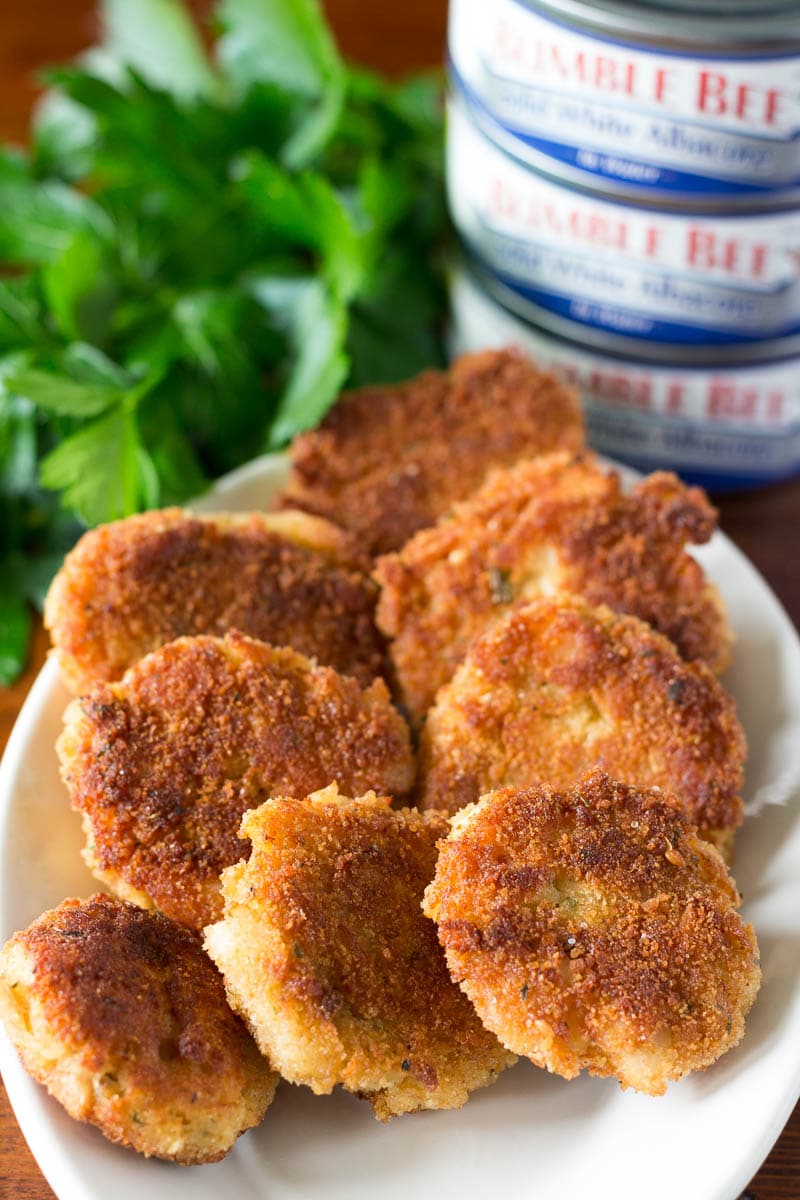 Crispy snacks for dinner parties are always a hit, and these delightful tuna cakes will be no exception.  I’m using solid white albacore tuna in today’s recipe because the firm texture, light color, and fresh taste is perfect for tuna cakes.

This tuna cake recipe was inspired by my mother-in-law, whose family recipe for tuna cakes (using saltine crackers) has been famous around here for many years.

I’ve updated this version to use breadcrumbs for extra flavor and an extra egg for firmness.  If you like this, you will also like these salmon cakes.

And of course, since I’m always trying to keep my recipes as short and simple as possible, this tuna cake recipe has only four ingredients.  You can knock these out in just minutes!

It helps to have a good nonstick pan when you make these.  I always buy a nonstick pan that’s dishwasher safe, affordable, PFOA free, and has a handle that stays cool.

I have this Ecolution Artistry Non-Stick Pan, so I can vouch for it being an excellent choice that won’t break the bank. 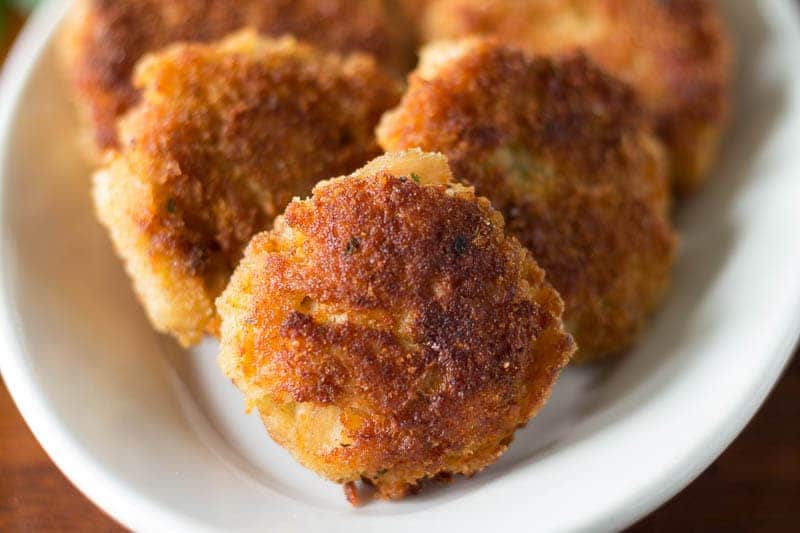 There are several ways to serve these tasty tuna cakes.  For the grown-ups, I recommend a little alfredo or Mornay sauce for luxurious dipping.  For the younger crowd, you can have a bottle of ketchup handy.

They make an excellent first course or bar snack while dinner’s cooking, or if you make enough of them, you can serve them as a main course.

It’s a great way to get in some lean protein, healthy fat, plus vitamins and minerals. 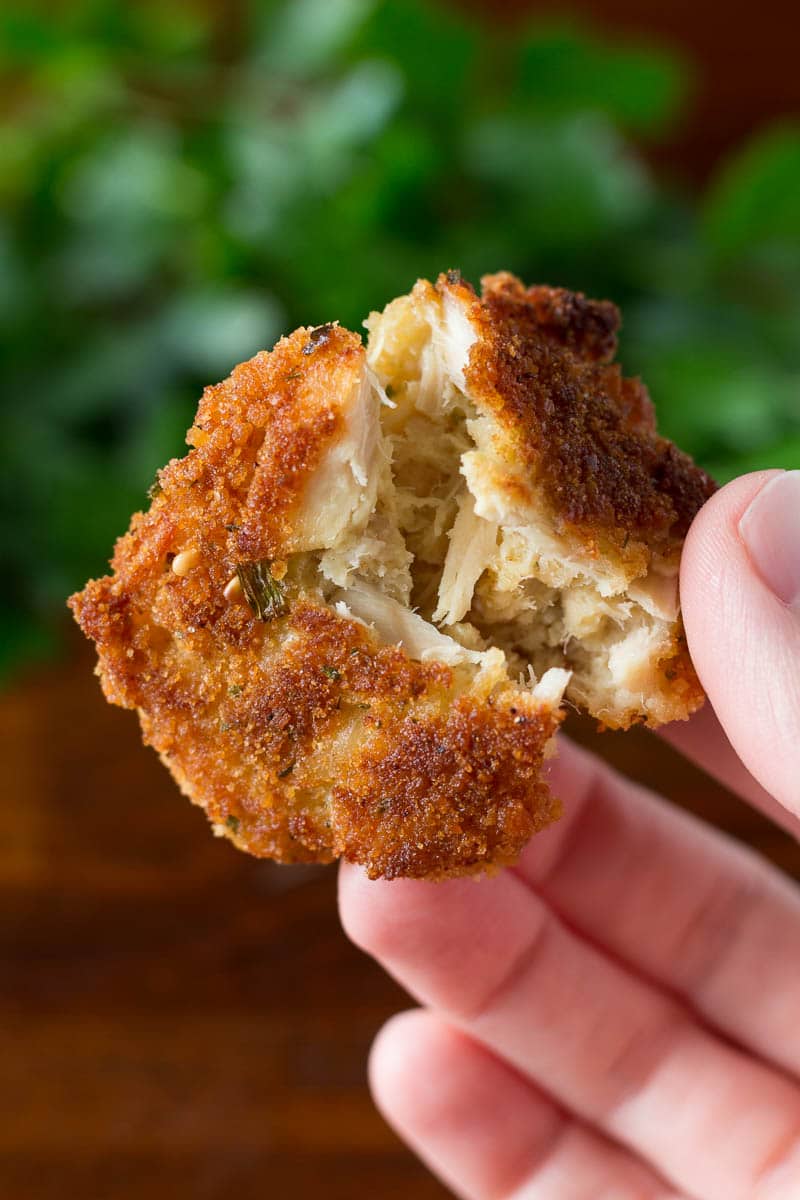 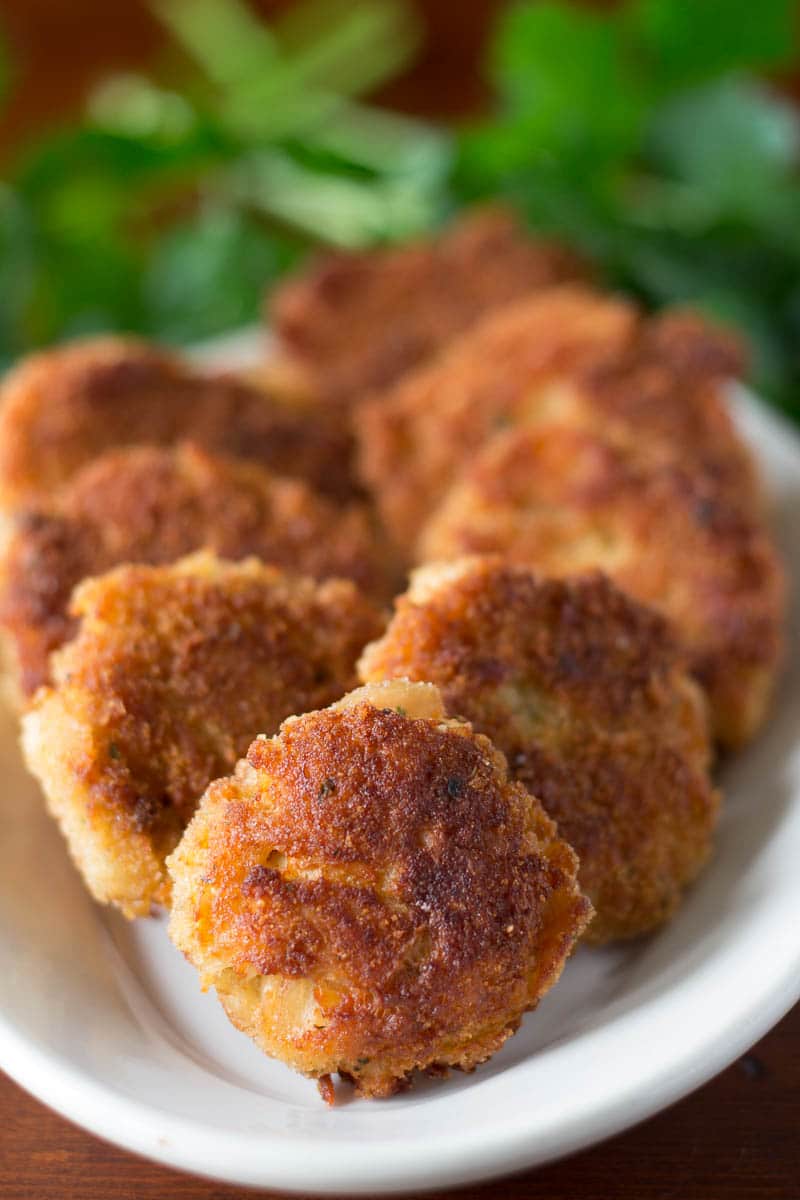 If you like tuna, try this no mayonnaise tuna salad recipe, too. 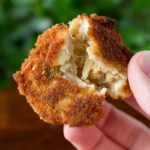 Get the salmon version of this recipe!

Previous Post: « Five Essential Tips for Baking with Kids
Next Post: What is French Yogurt, and Where Can I Buy It? »