Thank you to Fulton’s Crab House for inviting me to dine! 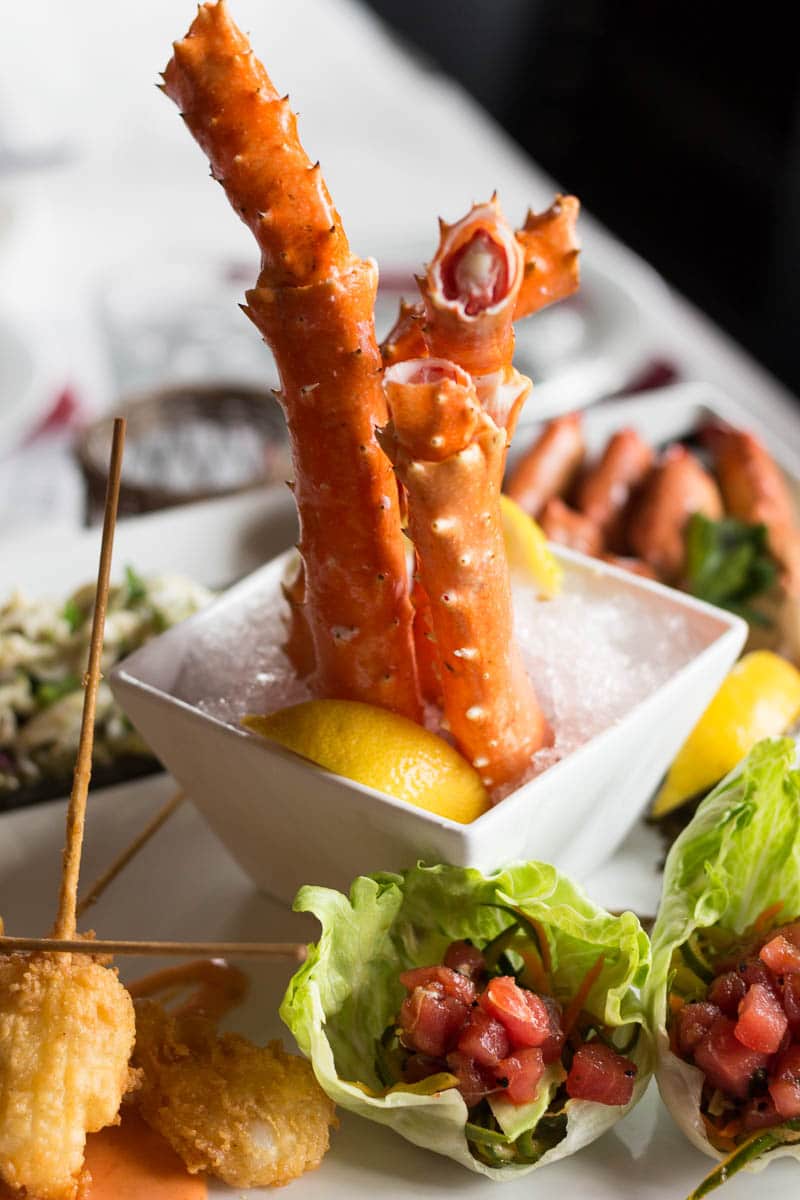 Despite having worked at Walt Disney World many moons ago, I’d never eaten at Fulton’s Crab House.  The graceful steamboat housing this classic seafood restaurant is permanently moored at Downtown Disney (now Disney Springs), and was once known as the Empress Lily after Walt Disney’s wife.

More changes are in the works as Fulton’s will be closing temporarily between April and November of this year to undergo a renovation.  Luckily, I got a chance to visit Fulton’s to try out the food and record the charming nautical atmosphere before any changes are made. 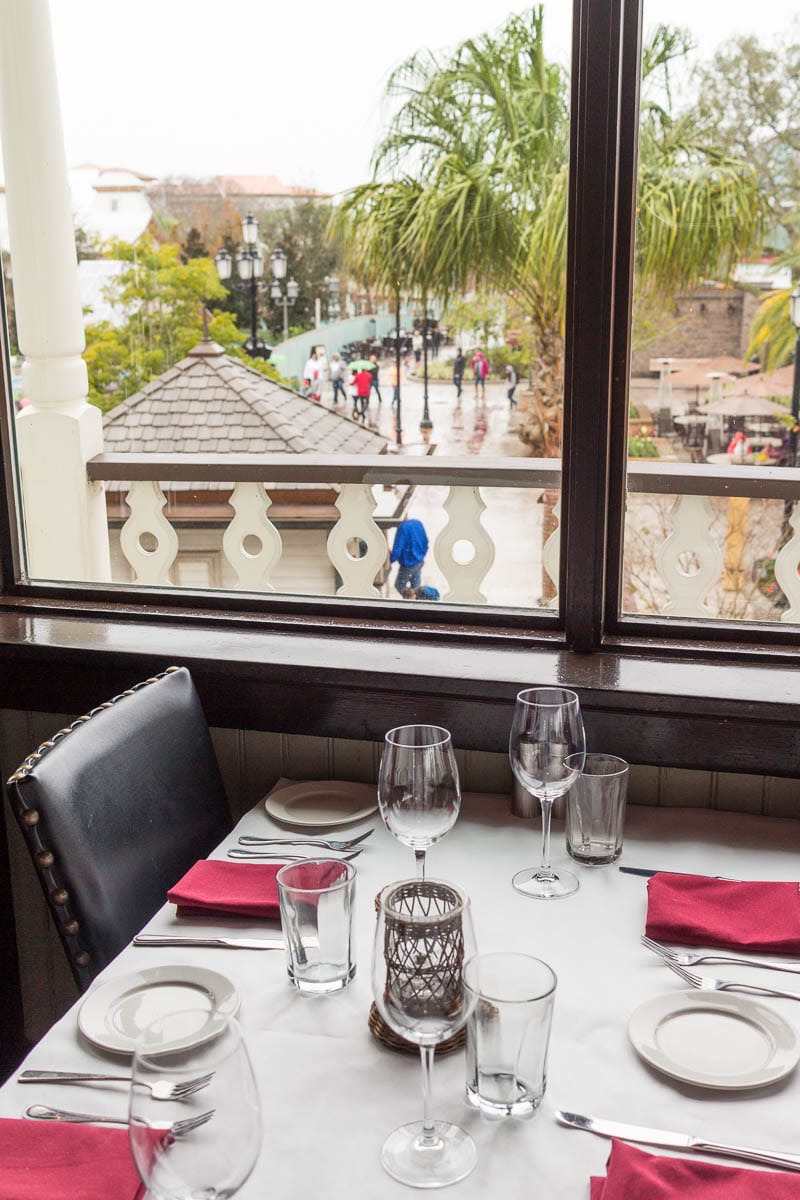 Chef Mark Boor greeted us at the beginning of the meal and offered to prepare a variation of the restaurant’s signature appetizer, the Seafood Tower (our version is pictured at top). 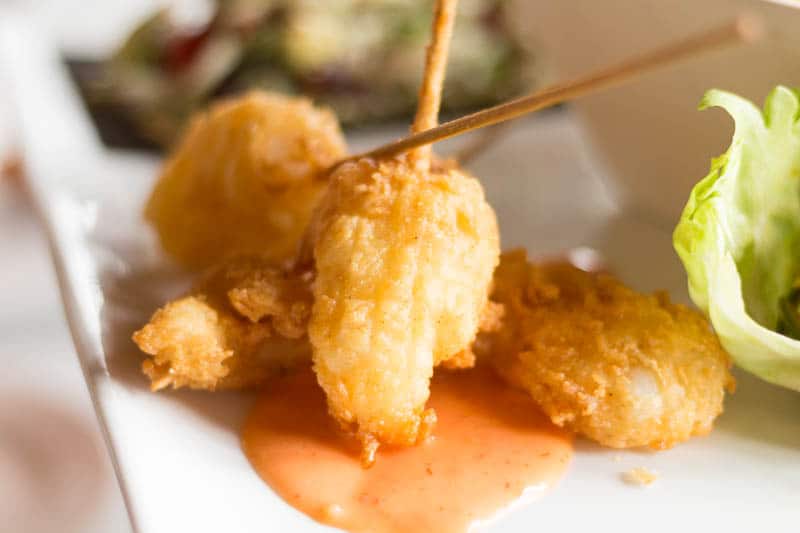 This stunning tower included an assortment of hot and cold seafood specialities, such as these lobster corn dogs.  These bites on a stick were large pieces of lobster dipped in a light batter and fried until crisp. 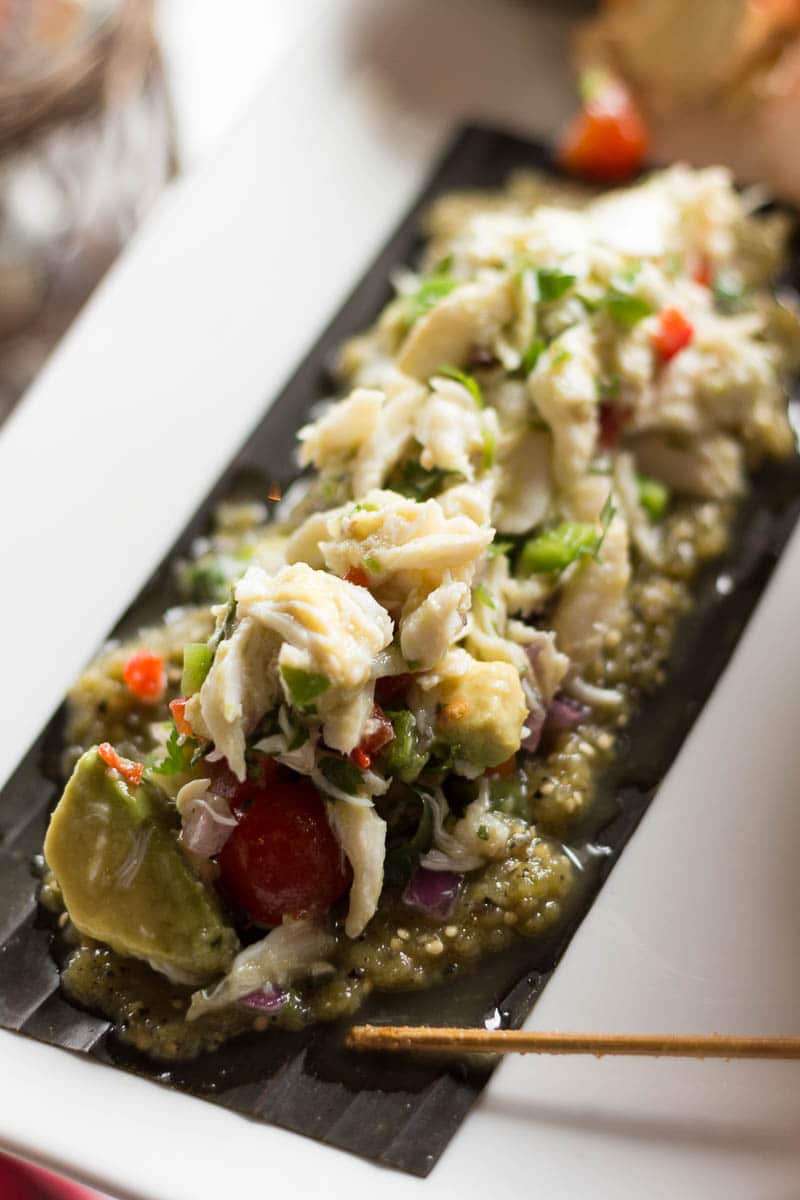 The crab ceviche was delightfully flavored with fresh lime and peppers. 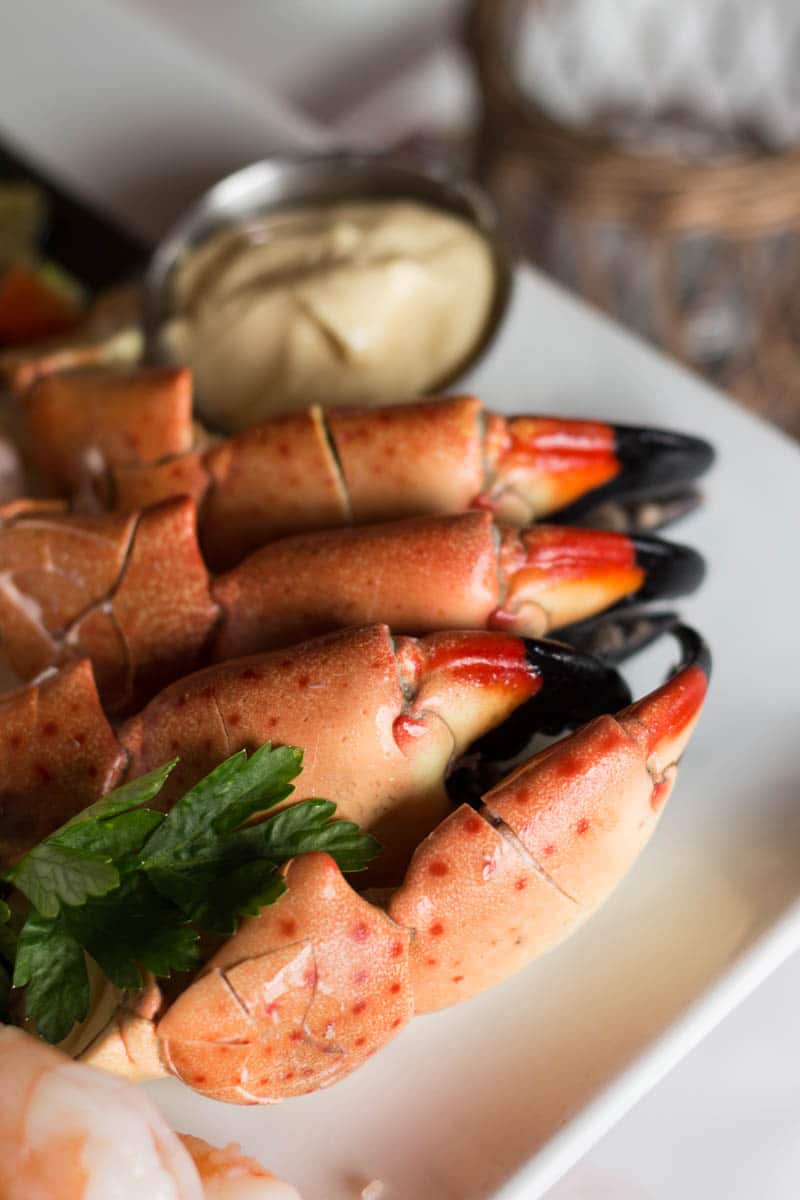 Fulton’s Crab House stone crab claws were served chilled with a side of mustard for dipping. 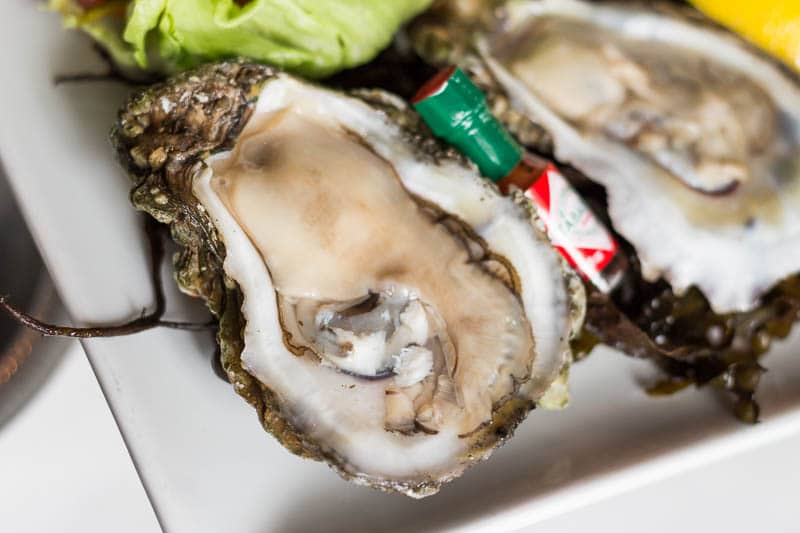 The raw oysters were fresh from the Gulf of Mexico and served with a tiny bottle of Tabasco sauce. 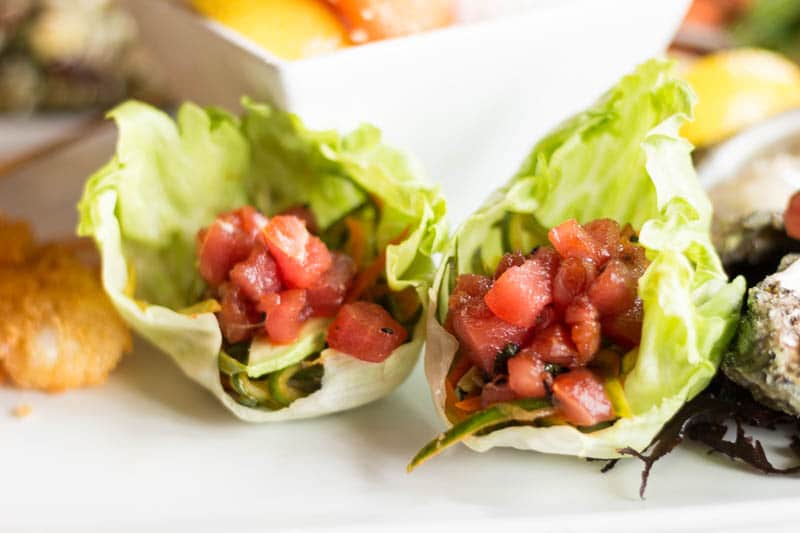 The ahi tuna cups contained squares of ahi tuna atop a bed of slender vegetable shreds tossed in a sweet and savory sauce.

We also ordered the fried calamari, which came with a fried pepper or two mixed in, plus a wedge of lemon and a sweet hoisin sauce for dipping. 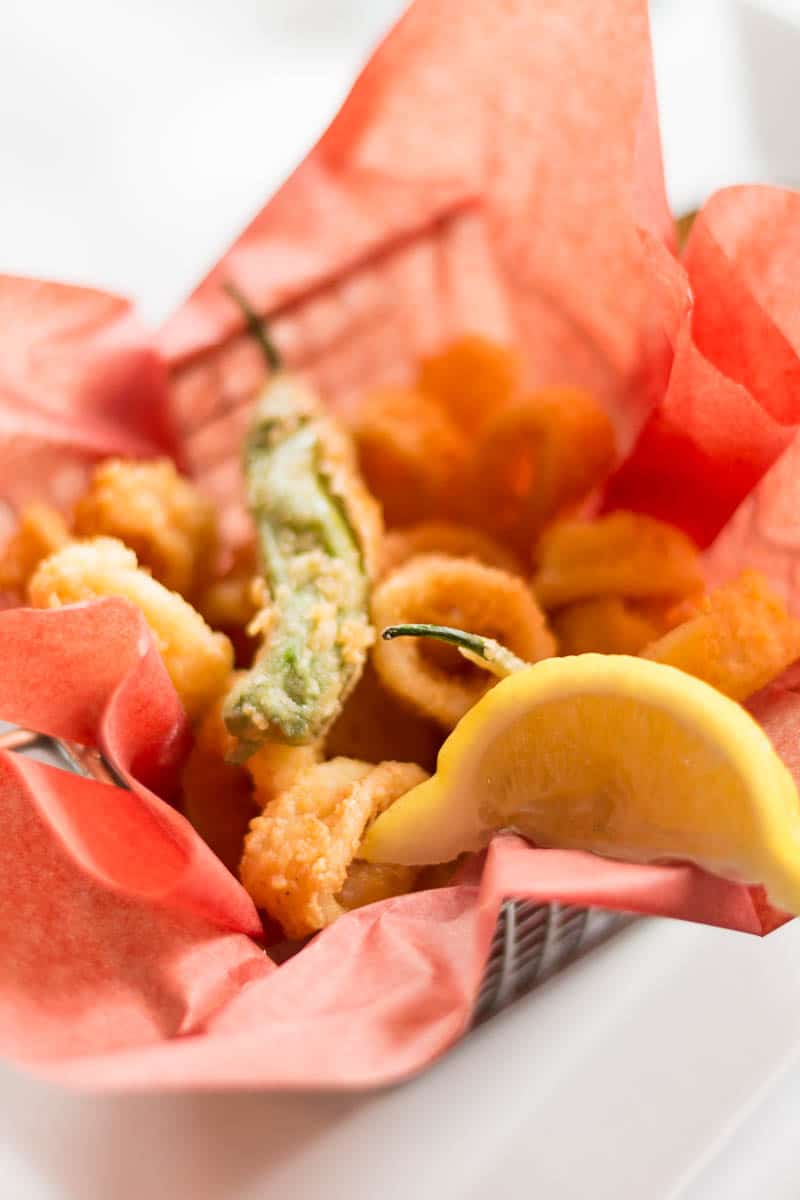 For entrees, I selected the crab cake BLT (one of the restaurants best-selling items), while my husband went with the queen crab. 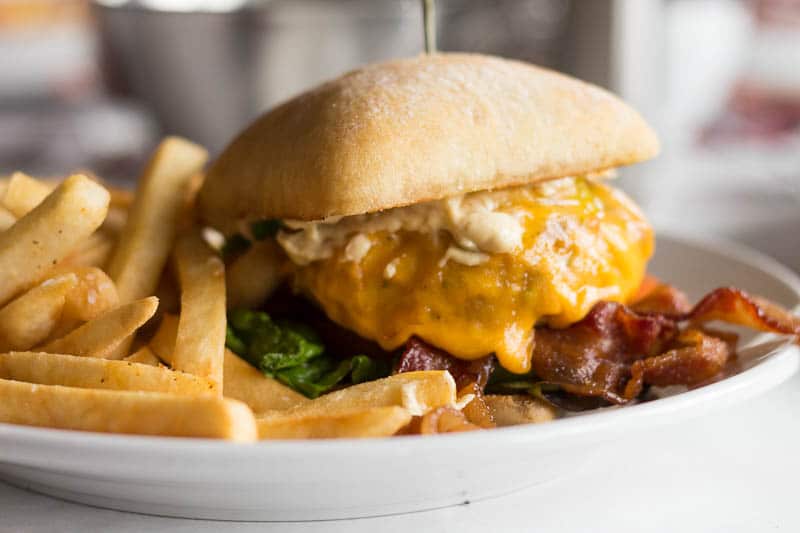 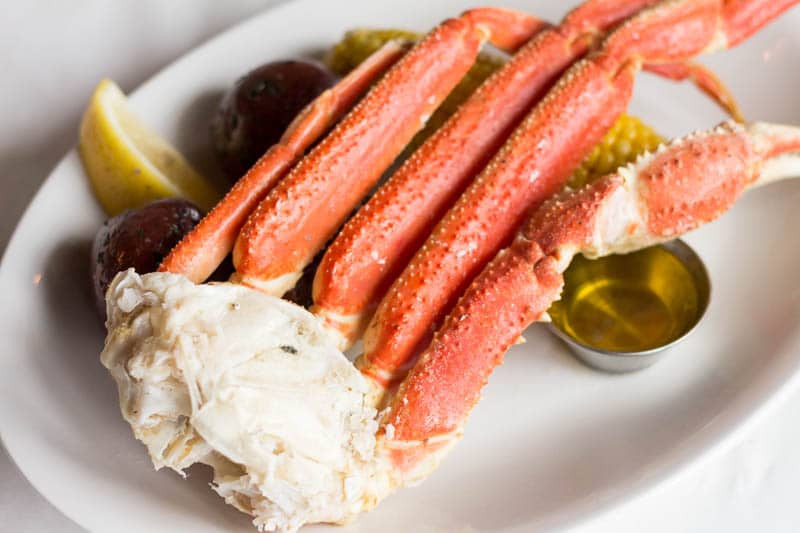 Since we had sampled so much fine seafood, we decided to share a dessert instead of ordering them individually.  There’s no better finish to a marine meal than Key lime pie, and this one was perfectly executed.  Bucking the trend of miniature desserts, it was generously sized and well suited for sharing. 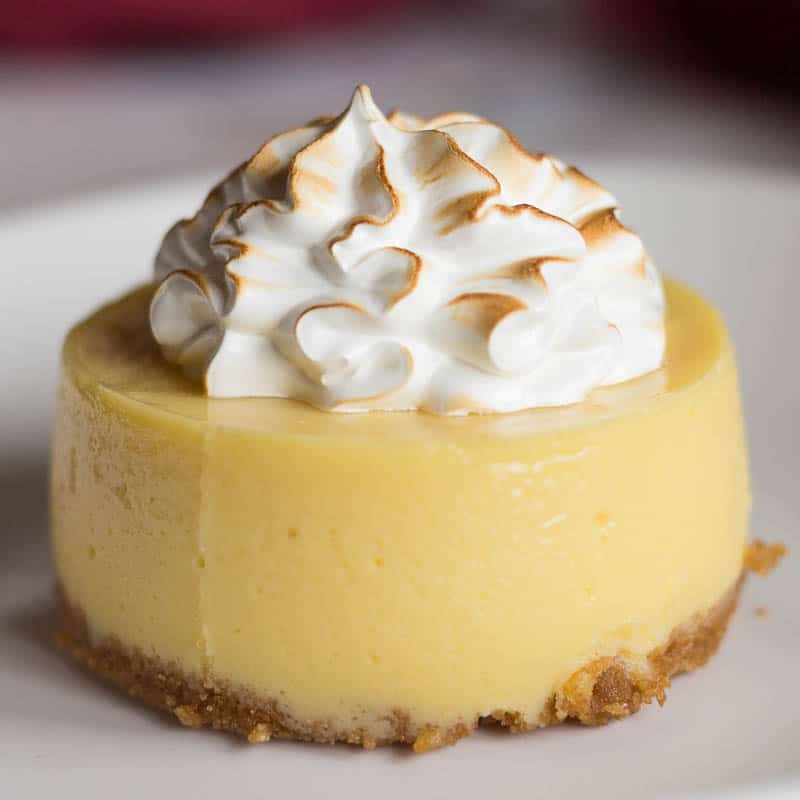 I enjoyed our visit to Fulton’s so much that I regret not having visited before.  I’m anxious to return after the renovation to enjoy the view and the cuisine once again.

Visiting Walt Disney World?  Check out my review of Sanaa!

Previous Post: « Four Seasons Orlando to Debut Sunday Brunch at Plancha
Next Post: How to Pair Honey with Different Kinds of Tea »